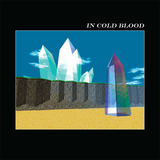 alt-J - one of the most successful British bands of the millennium - today issue their new single ‘In Cold Blood’, available to stream, download and as an instant grat now via Infectious Music.

“We started writing ‘In Cold Blood’ in our Leeds days and finished it last year in London,” say the band. “The brass was recorded at Abbey Road; the keyboards were done on a Casiotone that cost £1.05 on eBay; and no-one is quite sure where the key change came from.”

‘In Cold Blood’ follows the acclaimed ‘3WW’ in being lifted from their forthcoming third album RELAXER, which will now be released on 2 June in heavyweight vinyl, CD, cassette and digital formats. The record is the follow up to their number one, GRAMMY and BRIT Award-nominated album This Is All Yours, and was recorded all over London - from Shoreditch to St John's Wood, Crouch Hill to Brixton - with producer Charlie Andrew for a third time.

alt-J are Joe Newman, Gus Unger-Hamilton and Thom Green. RELAXER follows 2014’s This Is All Yours, and their 2012 Mercury Prize and Ivor Novello Award-winning debut An Awesome Wave. Between them, the two records have sold in excess of two million copies and their songs have been streamed more than one billion times. The band have headlined festivals across the globe and sold out London’s O2 Arena and New York’s legendary Madison Square Garden on their last tour. Earlier this month they announced a return to the O2 Arena for a special show on 16 June as part of the venue’s 10th birthday celebrations; limited tickets for the show are still available. A num


A number of festival shows are also confirmed for the summer, and still more to be announced; see www.altjband.com for full dates and info.