TUNE Husky Loops - Girl Who Wants To Travel The World 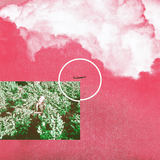 Husky Loops issue ‘Girl Who Wants To Travel The World’ via Fighting Ourselves on 6th October 2017.

London 3-piece Husky Loops return with their latest slick cut, ‘Girl Who Wants To Travel The World’, out on 6th October via Fighting Ourselves.
The new single follows in the footsteps of ‘Tempo’, which was championed at Radio by tastemakers including Huw Stephens, Phil Taggart, MistaJam and John Kennedy as well as being A-listed at Amazing Radio.
‘GWWTTTW’ is taken from the band’s forthcoming ‘EP2’ (also out 6th October).
Following packed-out shows at The Great Escape and Truck Festival, Husky Loops play a headline show at Sebright Arms on 8th September with support from Rascalton and DJ sets from Wolf Alice and Crows before heading out on tour with Placebo later that month - full dates below.