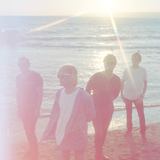 THE CHARLATANS are proud to announce details of their new EP ‘Totally Eclipsing’, due for release on BMG on 22/06/18. They are also set to embark on some almighty live plans next week, playing four sold out shows at their own festival in hometown Northwich.

The four track EP was recorded earlier this year, lead track ‘Totally Eclipsing’ was produced and mixed by David Wrench in London. Wrench has previously worked with the likes of The XX, Frank Ocean, Jamie XX and many more. ‘Standing Alone’, ‘Indefinitely In Your Debt’ and ‘Hopelessly Hoping’ were recorded by The Charlatans and Jim Spencer at Big Mushroom in Cheshire and mixed by Oliver Wright (Hot Chip, Dream Wife) in London.

The EP will be released on 12” green vinyl, available to download, and will also be included on CD within a limited repacked version of the band’s latest album, Different Days. Released in May 2017, the album and featured an array of special guests including Paul Weller, Johnny Marr and Sharon Horgan.

From this Thursday (11/5), the band will be curating their own festival in Northwich. Spread over ten days the event features an exhibition, showing rare Charlatans memorabilia, a week of live bands at The Salty Dog pub, film screenings and podcasts – Craig Parkinson will be hosting The Two Shot Podcast featuring Paddy Considine and the Vinyl Adventures record fair. Added to the excitement the band are hosting a speed interviewing experience at the local chippy The Safarer on Tuesday 15th at 10.00am. And finally, The Charlatan’s performance at The Memorial Court on Friday 18th is also being live streamed around the world, information on how to sign up are on the band’s website www.thecharlatans.net.


The Charlatans are confirmed to play the following summer shows….