Back to Justin 3's Music <
Single 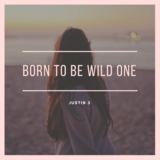 Born To Be Wild One

Top Notch Pop Rock Band ‘Justin 3’ Sets To Release New Eurovision Single “Born To Be Wild One” The Lithuania based pop rock band ‘Justin 3’ are proud to announce the release of their hot new sensational Eurovision single titled ‘Born To Be Wild One’. The single packs an emotional punch line that perfectly complements the tone of the track. This beautiful song was written by band founder Justinas Stanislovaitis and very famous Lithuanian producer Mario Kernn Justin 3 is a pop rock band from Lithuania formed by Justinas Stanislovaitis (vocals,guitar), lyricists, singer/songwriter, known for numerous performances on National TV and being an actor in international productions such as musical “Rent” directed by Georg Malvius and Derek Barnes,”and Lithuanian productions of “Sweet Charity”and “The great comet of 1812:. Justin 3 songs are aired on almost all national and some international radio stations. Justin 3 had numerous TV performances and played at the biggest Lithuania festivals such as “Rock Nights”, “Granatos”, “Vilnius Music Week”, “Loftas Fest”, “Biker Nights”. Started out as a cover band, Justin 3 now has 2 singles and an E.P released. Mostly aired songs “I Won’t Break Down”, “Streets Of Vilnius”, “Illusion”. With the guidance of lead singer Justinas and his experience in theater, they ensure this track stays with the listener. The lead singer has a way of singing that is so unique to him and to his voice for he brings that essence of the musical world and adds it to the repertoire of the band. This special touch is what makes this track so haunting, so reachable and so human making it a must listen track. With this marvel, this talented band has just added Lithuania to the music radar of the Wolf in a Suit. For many music projects what makes Justin 3 stand apart from the crowd isn’t just their talent, but also their passion for their craft. The Lithuanian pop rock band certainly have that in droves and it shines through in everything they do, whether their original work, their cover songs or their live shows. 'Justin 3 has that classic pop rock resonance that yields some of the best genre material, and 'Born To Be Wild One' is sure to win quick praise from fans of good music worldwide. In an interview with ArtistPR about inspiration, Justin said “Life, love people, I get really attached to people, most of my songs is about me, them, our mutual life and our adventures together, we had some special moments on the road and I hope that we will have even more in the nearest future, and that would be a fuel for even more of our songs.”