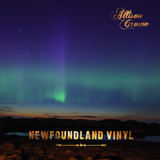 “Black Velvet Band” is a lively song popularly recorded on both sides of the Atlantic - including a version by the legendary 'His Nibs' Harry Hibbs (www.youtube.com/watch?v=7SfxaEQkX1s)

This recording is from Allison Crowe's "Newfoundland Vinyl" LP, her 11th album release on Rubenesque Records.

Veteran folk music afficionado/reviewer, Muruch, based in West Virginia, in posting a review of this new album to the "No Depression" blog remarks on a feature in Allison's music that's always present - whether it's rock, gospel, jazz, grunge, classical, blues, folk, soul or other genres she's making: "What a voice, what a voice, what a voice!"

Of this song, Muruch notes: " 'The Black Velvet Band' " is a traditional Irish ballad about a man's chance encounter with a girl, which leads to his arrest and transport as a prisoner to Australia. The Dubliners may have recorded one of the more famous renditions of the song, but Allison's is the most stunning version I've heard and just may become the definitive version (as her cover of 'Hallelujah' - music.allisoncrowe.com/track/hallelujah - has) over time."

As the album title suggests, it's a song collection inspired by, and arising from, Allison Crowe's ongoing role as Musical Director of the hit stage show, "Newfoundland Vinyl" - presented at Canada's Gros Morne Theatre Festival each Summer since 2012. This perennial GMTF favourite’s conceived by TNL’s Artistic Director Jeff Pitcher.