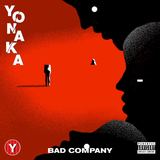 To top that all off, the south coast quartet release a swarm of UK and European headline shows and festival dates. On their forthcoming album, Yonaka has embodied their unbridled, raucous energy and deeply personal songwriting to produce an incredibly important debut release, brimming with life and chaos.

'Don’t Wait Til Tomorrow' is the culmination of the past years’ work which sees the band’s formidable frontwoman and songwriter, Theresa Jarvis, delve headfirst into hard-hitting subjects, documenting her own experiences with mental health as well as the effect its had on those close to her, entwined in perfect harmony with tracks that explore the complex emotions of love.

Speaking about the album, Theresa Jarvis, said: “The writing process for the 'Don’t Wait Till Tomorrow' has been a cathartic one. We self-produced the entire LP, which features nine new songs and three already released, including the second track we ever wrote – "Awake". The album’s title is a message about reaching out to someone, picking up the phone and making a call; it’s about knowing it’s ok to not be ok. The title track is a personal favourite of mine. We can’t wait to release the album and we hope it resonates with our fans as much as it does with us.”

Having released their debut EP ‘Heavy’ in 2017, the band unleashed their follow-up ‘Teach Me To Fight’ last August, Yonaka becomes one of the most talked-about bands on the streets.