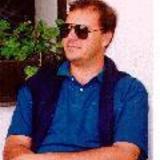 Track two: Magician
The Magician is the card of creative energy, skill, confidence and communication. He is an effective channel for the four elements and for all the virtues of the Tarot deck. He also has a lot of charm or charisma and can represent creative intelligence, new opportunities, chances to shine, courage and skill needed, independence, self-reliance and self-motivation, freelance work, self employment, originality, skill, wise channel of consciousness, inventive intuitive ideas, resourcefulness, promising beginnings, and a streak of genius.
The Magician is a channel for the power of the Sun, and, as such, is normally thought of as a positive card. However, this is only one of his faces. Older versions of the Magician pictured him as a conjurer, a mountebank, a trickster, a juggler, a con man, and these associations are still valid as undercurrents or hidden faces in today's Magician. The archetype is sometimes regarded as a bit unreliable despite his charisma and power.
The music begins with a grand piano playing a complex fantasy which becomes an energetic combination of harp and violin set against a driving drumbeat. More instruments join the theme and towards the conclusion the piano returns and the sun rises.