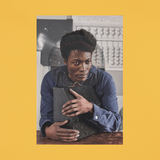 I Tell A Fly

Mercury Prize winner Benjamin Clementine has announced plans for his much-anticipated second album, ‘I Tell A Fly’, which will be released through Behind / Virgin EMI on September 15. Introduced recently by ‘Phantom Of Aleppoville’, ‘I Tell A Fly’ follows debut album ‘At Least For Now’, which was awarded the Mercury in 2015. Having recently collaborated with Damon Albarn for the latest Gorillaz album, Clementine has also announced a series of UK & European headline dates for November and December, including London’s Brixton Academy on December 5th. A New York show at Carnegie Hall has already been announced for October 5. In 2013 Benjamin Clementine, a seemingly perfectly-formed star appeared as if out of nowhere. It wasn’t far from the truth for a young man not long before driven by despair to start singing and performing, and whose richly complex formative history would take him from teaching himself to play classical music in a strict, Christian Edmonton household to become one of the most compelling and unique artists of recent times. But whereas Clementine’s debut album, ‘At Least For Now’, looked inwards and backwards, follow-up ‘I Tell A Fly’ looks forwards and outwards; to a changing world, ancient struggles, and the individual response. ‘An alien of extraordinary abilities’ started it all: at first glance, a disarmingly unusual line issued as part of Benjamin’s American visa, but - quickly – the inspiration for a play (which became a narrative-led album) broadly exploring the concept of the alien, the migrant, the stranger, or the refugee. “I was baffled for about ten minutes when I first saw that visa,” Benjamin says now. “But then I thought to myself, I am an alien. I’m a wanderer. In most places I’ve been, I’ve always been different. And so I began to think about the story of a couple of birds, who are in love: one is afraid to go further, and the other one is taking a risk, to see what happens.” The album’s startling first release, ‘Phantom Of Aleppoville’, introduces this theme of all those forced to ‘fly’, having been informed by British psychoanalyst Donald Winicott (who wrote extensively about bullying in the home and the comparative psychological experiences of those displaced by war). Indeed throughout, ‘I Tell A Fly’ sees Benjamin use his personal history as a prism through which to view the world around him (and attempt to make sense of both), musically exploring unknown territories whilst maintaining a lifeblood which could not be mistaken for the work of anyone other than himself. The results render 'I Tell A Fly' as compassionate and empathetic as it is angry, satirical, and critical. The album opens with 'Farewell Sonata', which is as much about endings as it is the promise of new possibilities. ‘God Save The Jungle’, meanwhile, is set in the stark realities of a Calais camp, and ironically plays on the British National Anthem, whilst the celestially-contemplative first single, ‘Jupiter’, was written in America but embraces a more universal sense of the misfit (in which no one is safe). Elsewhere, ‘Paris Cor Blimey’, is a darkly twisted nursery rhyme concerning itself with recent events in France, whilst ‘Better Sorry Than A Safe’ and 'Quintessence' offer a twinned response for those who leave, and those who stay behind. What emerges across 'I Tell A Fly' is effectively a reclaiming of the outsider narrative, and one where everyone is welcome - see the album's finale, in which all characters come together for the "Barbarians are coming!/Dreamers stay strong!" cry of 'Ave Dreamer'. Throughout, ‘I Tell A Fly’ displays equally expanded musical horizons, reflecting not just a lifelong love of classical Impressionists like Erik Satie but an increased interest in electronics (particularly Japanese electronic pioneer Isao Tomita). “Something like ‘Snowflakes Are Dancing’ made me think about the classical music that I had listened to a kid – maybe that’s how the composers wanted to write, but couldn’t, as they were limited to piano.” Yet whilst the scope here may be bigger in story and sound, for Benjamin the focus remains singularly disciplined (he not only wrote, played and sang but this time also painstakingly produced the whole album). Peculiar, emotive, and fascinating, ‘I Tell A Fly’ is a record which addresses the issue of today, but also themes which – says Benjamin – “are not going to go away. We wander around, my great-grandfather wandered around, and that’ the reason why I’m here. Your great-grandfather wandered around, and that’s the reason why you’re here. I’m an alien; you’re an alien. And that’s that.”