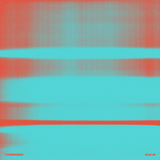 Laundromat today announces his debut release Blue EP. The three-track EP is set for release via Brace Yourself Records on April 10th. Laundromat, the new project from Toby Hayes has been a long time in the making. Hayes admits as much, recalling a process that has taken "years" to bear fruition. The resulting Ep's (Blue EP, the first of a trilogy set for release on BY) - showcase a musician who has earned his stripes in the DIY scene.

On new single Humans Laundromat offers a slice of lo-fi storytelling with a sound reminiscent 13 eraBlur, all whimsical melody underpinned with lyrical melancholia. Hayes says of the single:

"Humans is an overly simplified remark about life on earth. It’s all pretty tongue in cheek I guess. At the time, it felt like the world’s madness was really starting to find it’s stride, so I found myself wanting to write about what existence was feeling like. But the deeper I went, the more pointless it felt. So I think I just ended up writing about the pointlessness instead. It’s a barrel of laughs."

Watch the video for 'Humans' here:

The Laundromat project began when Hayes was living in China. Fast forward through a stint in Berlin, a period in London, he now finds himself settled in Brighton - where an appreciation of public space aesthetics has influenced subsequent recordings. Jukeboxes, buses, service stations, phone boxes: these overlooked and often ignored objects providing beauty and feelings of transience that resonated greatly with Hayes.

Lyrically the album explores the end of the world, panic attacks in the work-place, political figures that don’t represent the people that elected them, the preciousness of friendship, binge drinking, mental health and the time Hayes got ‘catfished’ - for nearly 7 years.

Influences are broad, ranging from Broadcast, Madlib, Jaki Liebezeit, Jason Albertini to Gonjasufi.Kim Deal stands out as major inspiration. Hayes finds salvation in the intimacy of bedrooms recordings, " I love the sound of them. There’s something special there that I will always love, the sound of someone exploring their imagination, performing to themselves." Lo-fi may be the guiding force, but after an eventful and painful few years Laundromat is ready to embrace positive change and seek catharsis with these new recordings.

Laundromat will tour the U.K. this year.