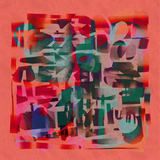 “A swirling beast...very exciting” – DIY
“A blitzkrieg of fun and impish U-turns that leaves you restless for more.” – The Line Of Best Fit
"A sun-soaked nugget of gold” – COLORS Berlin
"Low-key stunner” – EARMILK
“Sometimes you can tell from the first listen that there’s a spark behind a band. Cousin Kula provide something dreamy and leftfield…” – NME
"Psych-pop newcomers Cousin Kula have a deft, refreshing sound, matching lysergic colours to wisps of fragrant melody." – CLASH

Bristol based outfit Cousin Kula are today sharing new single 'Stacked' - the second track to be lifted from their forthcoming second EP, due for release later this year.

Melding psych pop, jazz, and electronic pop to brilliant effect, 'Stacked' was lyrically inspired by singer Elliot's Mum going through a divorce. His band mate, Douglas said: "Although it's a song to his mum post divorce, I hear its message as being quite positive and hopeful, like: 'you've got it all stacked up against you, but I back you to come through it all on top.'"

Opening amidst a canvas of atmospheric electronics, reverb-touched synths, and stunning guitar motifs – 'Stacked' kicks into groove, with Elliot sending a message of encouragement: "It'll be alright / You'll find solutions / Yeah you got it stacked / But it's you you're choosing".

Walking into the Cousin Kula household you’re met by bundles of bicycles in the hallway, friends’ artwork on the walls and instruments everywhere. In the garden a self-made pizza oven and an array of home grown vegetables demonstrate their ambition for self-sufficiency. Cousin Kula are a band with an energy not just about the way they make music, but about their day to day life, which translates to the stage with vigour – turning audiences, into fans, up and down the country.

The 6-piece's undulating, refreshing brand of psych-pop was originally born out of Bristol’s progressive jazz music scene. Bonding over their shared love for an eclectic range of music from pop and psych through to prog, disco & afrobeat; the six members soon found themselves living together and with a rehearsal room in their basement became one of the tightest and most impressive bands on the Bristol circuit, blending these genres into something both modern and refreshing.

Following on from their debut EP OODLES (released via Chiverin in 2017), new single 'Stacked' is lifted from the bands forthcoming second EP, due for release later this year.

Both 'Stacked', and previous single 'Brain Abroad' are out now via Chiverin.