TUNE Tamu Massif - Get Some Sleep 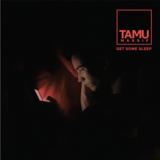 Tamu Massif releases the latest single ‘Get Some Sleep’ on 1st Feb 2019, from his forthcoming debut album Little Death Summer.

Written at a time when his girl was really struggling to get a good night’s rest, ‘Get Some Sleep’ delves into late night anxieties and how they take over when you’re at your tiredest. “It was sort of written as a lullaby – but it's intentionally not as chill as it might have been to reflect a mind which won’t switch off.” Tamu explains “I have to admit I tend to be a freakishly good sleeper – probably my greatest talent. I do know what it feels like to not be able to sleep though – and it really sucks.”

The late night aspect of this single fits a theme within Tamu’s writing and you can imagine the album being a soundtrack for the warmer months, not for its party bangers or windows-down cruise-tunes, but for its contemplative and chilled aesthetic. Perfect in drawn out evenings, or even in the darkest of nights pining for them, Little Death Summer has the ability to envelop the listener in its meticulously crafted soundscapes.

Nearly all the songs were written during the summer, or at least nostalgic for that time of year. Ruminating on the process, Tamu confesses “I set out to write an album about death, but instead it ended up reflecting a different chapter of my life…” His talent for finding beauty in the obscure and the intimate is evident throughout the album. Previous single ‘Senses’ is built up from recordings he took on his phone of some Italian friends, drunkenly arguing about Brexit; and ‘Niobe’ is an examination of our ability to take responsibility, or not, for events we seemingly have no control over; both demonstrating an astute perspective of the human condition.

Taking his moniker from the world’s largest volcano, discovered under the sea only 5 years ago at the same time as he was formulating the project, Tamu Massif enjoyed the idea of something so great being undiscovered for such a long time. He has always written and recorded surrounded by water, whether in his childhood home of Weston-super-Mare or in Naples or the Lake District. Those bodies of water are a constant in the flow of his music, also featuring heavily in his visuals.

Garnering attention over the course of two earlier EPs, Alba & Bala, as well as tours with the Japanese House, C Duncan and Shakey Graves and for producing much of Fenne Lily’s debut; Tamu is admired for his talent at gathering and warping field recordings as much as for his gift with harmonies and a distinct deep growl in his vocal. He embellishes his production, collecting sounds from his surroundings and using a phone to steal conversation from strangers and even a purring cat. Teaming up once again with long-time ally Ali Chant (Youth Lagoon, Perfume Genius, Aldous Harding) for his mixing sensibilities, the final result is not something as sparse or lo-fi as its parts, and instead feels beautiful, bold and unique.

The debut album Little Death Summer from Tamu Massif is due 29th March 2019.