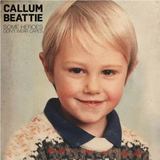 AVAILABLE TO BUY AND STREAM

ANNOUNCES DEBUT ALBUM ‘PEOPLE LIKE US’, OUT MAY 2020 - PRE-ORDER NOW

Scottish singer-songwriter, Callum Beattie shares a passionate re-release of his poignant track, ‘Some Heroes Don't Wear Capes’, out today via 3beat / Universal Music. The heartfelt tribute to his father can originally be found on his well-received ‘Miracle’ EP (2018). He has also announced his upcoming debut album ‘People Like Us’ will be out May 2020 - which is available to pre-order now.

With a little less production and a lot more emotion, Callum’s re-release of ‘Some Heroes Don't Wear Capes’ focuses on the significant meaning behind the relatable, self-written lyrics. The captivating piano chords highlight the singer’s expressive vocal which resonates throughout.

Beattie watched his father struggle as a single parent after Callum’s mum left when he was a child, he recalls the way his father inspired him to take on music full-time. “I probably wouldn’t be doing music now if it wasn’t for my dad. The amount of records he had in the house!” he marvels. “Every night he’d crack open a bottle of red and just play me all this different music. That was mind blowing, hearing everything from Elton John to Deep Purple and all these mad bands. Whether I liked them or not, I still found it interesting.”

His electrician dad managed to scrape together enough money to buy Callum an acoustic guitar, with a copy of a book called 1000 Guitar Chords. Callum's musical journey began with a road trip with his father. A year or so after getting the guitar, his dad gave him two summer holiday options: they could afford to go camping in Tenerife or the pair could drive from their home city of Edinburgh to London and back. Opting for a road trip, they stopped off at as many festivals/gigs as possible until their money ran out. Whilst playing at Glastonbury a few years ago, Callum remembers performing ‘Some Heroes Don’t Wear Capes’ and he spotted his father in the audience, the overwhelming experience had Callum tearing up on stage.

Callum will be joining Razorlight on their huge UK 2019 tour starting Sunday 1st December. He performed at BST Hyde Park (Robbie Williams) this year and completed a European busking tour over the summer, where he gave away any money made to the homeless in each city. He recently performed sold-out headline shows in Scotland and spent a month in Edinburgh performing at various locations during Edinburgh Fringe Festival 2019. He has also supported The Kooks on their headline European tour earlier this year along with Blossoms. Callum will be on the road headlining shows in the UK and Germany in March / April 2020 - buy tickets now here: http://callumbeattie.co.uk/live/

Beattie has gained accolades from The Telegraph, Evening Standard, Evening News, The Scotsman, The Independent, CLASH Magazine and tmrw Magazine. Additionally, he was a part of the global clothing brand Barbour International’s summer session series this year, which was hosted by James McVey (The Vamps). Callum also performed on Sara Cox’s ITV Saturday morning show.

Following on from a brilliant 2019, Callum is gearing up towards another significant year with his highly anticipated debut album release and headline tour. He is well on his way to affirming a place as one of the most exciting rising artists to watch in 2020.