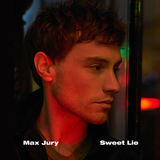 Max Jury Announces New Album ‘Modern World’ Released 31st May via Marathon Artists Watch The ‘Sweet Lie’ Video HERE Announces European Tour Including The Lexington on 4th June ‘Modern World’ is the second album from 26-year-old Iowa native Max Jury, set for release by Marathon Artists on 31st May. The follow up to 2016’s critically acclaimed, self-titled debut, ‘Modern World’ is a graceful, sophisticated and truly contemporary body of work, brimming with Jury’s vast and eclectic range of influences. It is an album about life, friendship and facing each day with a renewed clarity. Produced by four time Grammy nominated Robin Hannibal (Kendrick Lamar, The Internet, Jessie Ware, Anderson .Paak), the album is steeped in soul and jazz influences. The stunning ‘Stillness’ for example, arrives with a bassline that wouldn’t sound out of place on a Thundercat record. ‘Fading Out of You’ manages to evoke Jury’s newly chosen home of Paris before a huge RnB beat comes in, complimented perfectly by the warmth and subtlety of his vocal, which since his debut, has grown into an androgynous instrument that dances across his music. ‘Modern World’ was recorded at The Ship studio in Eagle Rock with a hand-picked band of LA’s most talented session musicians: guitarist Joel Van Dijk, drummer Bill Campbell and bassist Thomas Drayton, the son of Motown legend Clay Drayton and the musical director for Childish Gambino. “I’ve never worked with a bass player like him,” says Jury, “he just knew what to play instantly.” The first track to be revealed from the record is the one which sparked the relationship with Hannibal. ‘Sweet Lie’ is an ecstatic, modern soul song that came out of the pair’s first session together and prompted Max to suggest Robin produce the whole album; “Robin does this sophisti-pop, neo-soul thing that I was really interested in combining with what I had to bring to the table, ‘Sweet Lie’ was the starting point of our relationship. It started out as a Chet Baker-style thing on a Fender Rhodes keyboard, but Robin said he’d like to try and pick up the tempo and turn it into something a little groovier. I’ve spent my whole life sitting at the piano and playing sad songs. When you’re in your bedroom writing your first record, the songs just come out. You don’t think about being on stage and playing them live. Now that I’m playing shows and doing all these festivals, I wanted to have something that everyone can dance to.” Having written over 100 songs during the album’s year-and-a-half long recording process, Jury believes the ten that finally made the cut describe not just how his own life has changed and evolved since his debut, but also how many of us are currently feeling, living through these strange and confusing times. Modern World is now available to pre-order digitally and physically. In support of the release Max Jury plays: 29th May – La Maroquinerie, Paris 4th June – The Lexington, London 5th June – Paradiso, Amsterdam 13th June – Obaren, Stockholm 15th June – Privatclub, Berlin The Track List for ‘Modern World’ is: 1. Sweet Lie 2. Modern World 3. Gone 4. Burning Through You 5. LA Rain 6. Crime 7. Stillness 8. Primrose Hill 9. Quicksand 10. Fading Out Of You