TUNE Eades - Forget What You Want 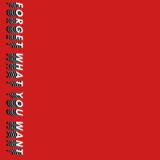 Juxtaposing dark, anxiety-ridden themes against the sounds of an indie summer classic, Leeds New Wave 5-piece Eades reveal snappy new single ‘Forget What You Want’, and announce debut EP ‘Microcosmic Things’ – out July 10th via their own Bam Bam Records.
Inspired by the precise sounds and NYC cool of Talking Heads, Velvet Underground and Parquet Courts on the one hand, and the knowing pomposity of Thin Lizzy on the other – most keenly felt in the legs akimbo, harmonised guitar solo – there’s a wide spread of influences. These are all filtered through Eades’ trademark LoFi approach to generate a sound at once unique and instantly recognisable.

The light surface feel though is undercut by a serious sentiment. The lyrics were written by vocalist Harry Jordan alongside a long-time close friend, who has struggled with addiction in and out of rehab over the last couple of years.

“It’s about a malcontent mind, who whilst trying to sleep, without the distractions of day to day life, gets caught up in an abstract etiological search for the root of all his current problems. The chorus refers to how dark moments are often more formative than happy times: you simply experience and enjoy happy moments, whereas dark moments can linger, stew and twist you irrevocably.”

Harry speaks on this collaboration, and fills in on a few of the cultural reference points:

“I have worked with him in the past and have always found his way of writing incredibly honest and raw whilst being
able to deliver the message in such a colourful way.
The song was influenced by Synecdoche, New York’s funeral poem and a quote from Don DeLillo’s Underground. The chorus also references Cormac McCarthy’s, The Road.”

This considered attitude to their musical and lyrical content, engaging with issues both personal and literary, exemplifies an eyes-open approach to the world and their music’s place in it. They recently raised close to £1000 for the NHS with proceeds from an especially recorded standalone single.
Arriving close to fully-formed in intention across sound and message, their breezy self-confidence, born of time spent cutting their teeth around a fertile scene in Leeds, has started turning heads across the board, with FADER, NME, DIY, KCRW, The Line of Best Fit, DORK Magazine and more lining up to call themselves fans.