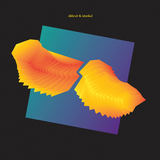 Recorded in Istanbul in July 2015 with a number of local visionary musicians, Débruit presents a synthetic and rhythmic journey inside the city's history and future. 'Débruit & Istanbul', his fourth album, is set for release through his own multidisciplinary label ICI on 27th May 2016.

Artist, producer and musician Xavier Thomas aka Débruit is a musical explorer who imagines alternate worlds and the way they'd sound. He plays with time and disparate sounds, moulding geographical borders into new asymmetrical audio-forms. His music is electronic but with a human feel; it explores complementary culture clashes, combining elements that have never existed together before.

Débruit has toured his astonishing electronic live set around the world, from Accra in Ghana to the edge of the polar circle in Norway, showcasing his truly unique concepts and perspectives on electronic music. The RBMA alumni has collaborated with musicians such as Jamie Woon and Om’Mas Keith, created remixes for Django Django and Gilles Peterson, released music through Soundway and performs at festivals such as Sonar, Mutek and Glastonbury.

The 'Débruit & Istanbul' project was commissioned by the Europalia Arts Festival (one of the oldest festivals of its kind in Europe), which has been organising arts biennials, each focusing on a different guest country, since 1969. Its large-scale multidisciplinary programme comprises hundreds of events throughout Belgium and other European countries. Débruit’s new live show, inspired by the project, was premiered at one of the biggest events of the year at Brussels’ leading contemporary arts venue BOZAR. The album was also exclusively exhibited in the BOZAR gallery alongside work by Sophie Calle, Cartier Bresson and Ara Guler as part of the critically acclaimed “Imagine Istanbul” exhibition, the highlight of their winter season.

During his 15 days in Istanbul, Débruit worked on an imaginative interpretation of the city carried by the megalopolis through its meanders. He collaborated with established artists, including leading fusion-jazz percussionist Okay Temiz, 70s Turkish-funk star Mustapha Özkent, gypsy master clarinettist Cüneyt Sepetçi, and rising and grass roots local musicians such as art-rock singer Gaye Su Akyol, Melike Şahin and Murat Ertel of BaBa ZuLa. The inspiration of sounds, rhythms, lights and tempo of the city at different moments in time have resulted in a melting pot of traditional, visionary, electric, psychedelic, futuristic, melodic and experimental music. Now set for release to the public, 'Débruit & Istanbul' is a new vision of the exciting and captivating city.

"I wanted this album to be driven by the feelings I got from Istanbul and my encounters. The city’s enthusiasm and majestic urban and topographic flows inspired light but deep moods: there is a darkness in there but a proud one. A roughness in control. Istanbul has such an inspiring mix of tradition and forward thinking vision. It has a pulse of its very own. Its impossible to put into words the excitement, surprises and magic of making this album. Of the experiences of trying to find these people, walking up unknown streets or taking the boat to the Asian side. Discovering the city at the same time as being on the album journey, going to neighbourhoods I wouldn't have been to if it wasn't for recording. All that influence, infusing my imagination and creativity at the same time."
- Débruit

"One of the most exciting underground producers of the moment" i-D
"Débruit truly defies description" Clash
"Capturing and acknowledging the past, while reinventing and proposing for the future" The Quietus