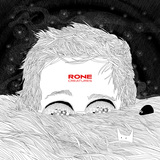 'Creatures' is the third and most accomplished album to date from Rone; a reflection of quiet open spaces, sun, shadow, electronic sparks and acoustic beauty. Rone’s tracks are short stories with a distinctly optimistic energy, presenting a soundworld where machines express themselves without constraint at any moment. Conceiving this new album was a resolutely collaborative experience, reflected in an illustrious cast of guest artists including Bryce Dessner, François & The Atlas Mountains, Etienne Daho, Sea Oleena and more.

Rone’s tracks are short stories, both in execution and intent. They encompass big contrasts and share moments of his vivid imagination and dreams. The producer has forged a personal, enchanted style that is electronic and epic, finding its inspiration in the images of childhood.

Previous albums’ 'Spanish Breakfast' (2009) and 'Tohu Bohu' (2012) allowed us to discover a sensitive artist overflowing with creativity, enthusiasm and personality. But while 'Tohu Bohu' showed an organisation of Rone’s “personal chaos”, conceiving this new album was a resolutely collaborative experience.

“I really wanted 'Creatures' to be an album less focused on me,” he admits, “more open to external contributions and conceived almost collectively. Strangely enough, I still feel like it’s the most intimate of my albums.”

These creatures are first and foremost a way of expressing his daily experiences, a life that has been radically transformed since the birth of his daughter, as well as the increasingly close collaboration with his girlfriend (the artist Liliwood) who designed the album cover and aesthetics. Images have always had a particularly strong resonance for Rone since his experience as a film student at the Sorbonne.

Of the collaboraters, Bryce Dessner returns the favour for Rone’s production work on The National’s 'Trouble Will Fend Me', with some deft guitar work on Elle. The vinyl version of the album also features an expanded version, re-titled 'Mortelle' with vocals by Gallic pop legend Etienne Daho.

Labelmate Bachar Mar-Khalifé provides vocals and arrangements on 'Calice Texas'. The sharp cello of Gaspar Claus can he heard at work on the infernal 'Freaks'. The voice of Sea Olenna drifts over the elegiac piano notes of 'Sir Orfeo', the muted trumpet of Toshinori Kondo (collaborator of Herbie Hancock, Bill Laswell or DJ Krush to name just a few) on 'Acid Reflux' reveals the artist’s unashamed love of ethereal jazz sounds.

On 'Roads', Rone creates a fun interlude of bric-a-brac samples recorded during his last American tour. On 'Quitter la Ville (Leaving the City)' he invites François Marry of François & The Atlas Mountains on a country walk that gently introduces the album’s conclusion.

Rone plays live (never just a DJ set), something he feels is important for garnering new fans, and has worked to increase his international following. In Europe he has played some of biggest festivals; Sonar in Spain, Dour, Pukkelpop in Belgium as well as a sell out show at the legendary Olympia in Paris. He’s also making in-roads into other countries, playing North America shows with Oneohtrix Point Never, Com Truise, appearing at festivals such as Coachella, Oshega & Decibel as well as playing sweaty basement shows in London & Tokyo.

About Rone:
Over the last 12 months Rone (otherwise none as Erwan Castex) has established himself as a rising force in electronic music, in addition to international touring and the release of the Apache EP, Rone has also collaborated with The National, Breton, Antipop Consortium and John Stanier (Battles). In 2012, Rone was voted ‘Best French Artist’, ‘Best French Album’ and ‘Best Music Video’ by Trax Magazine.