TUNE A Festival, A Parade - Straight To Work 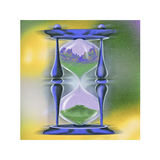 Tyneside alt-rock outfit A Festival, A Parade return with new single ’Straight To Work’, the latest from the their upcoming new EP, Company.

“‘Straight To Work’ is a song about family, friends, and a wistful longing for the comfort of childhood” say the band. “With a backdrop of pulsating electronic drums and a wash of atmospheric synth leads and fuzzy guitars, the song deals with the catharsis of revisiting the scenes of a fading youth. Packed with a hazy, melancholic glow that combusts and ascends into a searing wall of sound, ‘Straight To Work’ takes a fond look back at what feels like the ‘golden age’ of life, and moves on, with the parting message that the future looks pretty golden, too.”

The band describe the new EP as feeling like a bit of a step into the unknown: “These songs are still as introspective and brooding as our previous efforts, but with a new, intrepid and colourful glow. Written on tour in Spring 2019 and recorded in the height of Summer, this EP sees us testing out a brighter colour palette, with the bold, shimmering production of Paul Gregory (Lanterns On The Lake) in tow. These songs share stories of childhood, growth, and a dewy-eyed longing for the past. We hope you find this EP as nostalgic to a bygone era as we did writing it.”

After reaching euphoric heights on the live circuit in 2019, highlights of which include delivering sell-out headline performances at prestigious venues such as Sage Gateshead and House Of Vans London, and an extensive run of support shows with the likes of Suede, Sam Fender and The Cult (stopping off at venues such as Shepherd’s Bush Empire, O2 Ritz Manchester and O2 Academy Newcastle along the way), AFAP resume normal service in 2020, with a breadth of brand new material due for release and an impressive live set in tow.

The band’s name is taken from the lyrics to The National’s ‘All The Wine’.