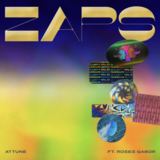 J-E-T-S, the collaborative project of producers Machinedrum and Jimmy Edgar, continues flying headlong towards their debut full-length release, ZOOSPA, coming May 24 on Innovative Leisure, with their latest single out today: REAL TRUTH impacting on 7th June.

REAL TRUTH takes no prisoners, with Australian MC Tkay Maidza (pron. T K My-dza) leading the charge and snapping off on an otherworldly beat reflective of the left-field electronics found throughout ZOOSPA.

REAL TRUTH comes on the heels of POTIONS, which featured Dawn Richard, and PLAY with Mykki Blanco.

ZOOSPA is fiercely cohesive but wildly varied. Along with Dawn & Mykki, the LP casts a wide net of brilliant collaborators (KingJet, Rochelle Jordan, Tkay Maidza), but ultimately guided by the auteur visions of Edgar and Machinedrum. If many all-time great duos are guided by a competitive rivalry, J-E-T-S discard that sensibility to form a unified whole. If not in sound, they channel the two-heads-one-brain spirit of a more danceable Autechre or Outkast raised on the Belleville Three and first wave IDM. If you heard Timbaland and The Neptunes in 1999, this is what you'd expect pop music to sound like 20 years later.

The genesis of J-E-T-S fittingly dates back nearly two full decades. Machinedrum and Edgar first meet as teenagers on a pivotal trip to Miami, one of their first-ever gigs outside of the places they were raised (Edgar originally hails from Detroit, Machinedrum from rural North Carolina). They immediately bonded over a mutual love of Warp, Schematic Records, and Chocolate Industries. A tight friendship was forged when both lived in New York, but their first self-titled EP wouldn't drop until 2012, by the time the pair had independently decamped to Berlin.

Eventually, they relocated to Los Angeles where their second EP was recorded in 2015. The idea was always to record something bigger and more expansive, but it wouldn't become a reality until Edgar headed up the coast, eventually settling and building a home studio in Portland. That's where Machinedrum headed in the late summer of 2017 to cook up the tracks that eventually became ZOOSPA.