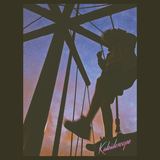 Kaleidoscope is Harry Baker’s third single of 2019, and 1st as a 21 year old Musician and producer. Harry’s showcased his versability in his last tracks, a smooth hiphop meets jazz infused track Luna, a latin inspired love song With You, and a more disco beat release “White Nikes”. This gained large listening attention in Paris, London, Australia and Berlin after being placed in Spotify’s fresh finds playlist reaching over 20k listens within 2 days. This new single Kaleidoscope explores the idea of looking into someone’s persona and seeing different things, and the idea of somebody else seeing right through you.

Evolving his production skills, guitar playing and vocal ability in his bedroom , Harry has taken production influence from wizards such as Kevin Parker and Winston Surfshirt. With Prince inspired guitar lines and Jamiroquai infused bass parts, this upbeat track pays homage to funk, disco and pop put together. The track aims to create different emotions at different times, the verses to make you think, the pre-chorus’ to get you pleasantly curious and the chorus’ to get you back into dance-mode.

As well as pursuing musical recognition with his solo music, Harry has now been keeping busy in bands Old Swing, and with recently joining project run by Alex Lindner, Flood for the Famine. With past sold out shows all around London, a main stage show at Weyfest Festival and supporting Dr Feelgood, Baker has released 2 albums so far, with a handful of singles. This includes Holy Grail of his second album ArtSheSaid, which had high acclaim on BBC Introducing. This earned him a live session in the studio with BBC Introducing radio presenter Stephanie Nieuwenhuys.
For more information, promo requests, or to arrange an interview, contact