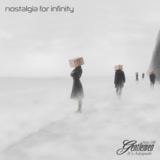 Nanobotoma is a word that, as far as I am aware, I created to describe a tumour formed of autonomously self-replicating nanobots, for a story idea. The protagonist, a scientist working on medical self-replicating nanobots, has a slowly progressive but incurable leukaemia. They are supposed to identify and destroy cancer cells. Unfortunately, as they built to self-replicate, there is an inherent Darwinian selective pressure on them escape the regulatory controls with which they were created. In the story, the protagonist initially feels much better, but then starts to notice signs that the nanobots are proliferating out of control, becoming a mechanical cancer. A nanobotoma that is restricted to one host is an evolutionary dead end. The protagonist is supposed to be in isolation during the medical trial of the device, but he notices that the nanobots are affecting his behaviour. They have evolved to be transmissible by respiratory secretions, and are making him feel uncontrollably lonely, making him want to be physically close to other people (which would help spread the nanobot tumour to other hosts).

Was I supposed to know they’d learn to fly on breath?
That my machines could escape the quarantine

The cancer hunters spread
I’ve not felt like this for years
Small victories heap, the pile becomes a turning tide

I don’t mention the sparkle in the spit, that I flush down the sink.
I hide the silver fleck just beneath the skin, I don’t want to give in.

Out of control, regulation disengaged.
No thought for the whole, you evolved, became worse than the disease.
I should have clamped down on the hope.
I can’t stand the isolation. I need someone to hold.
credits
from Nostalgia For Infinity, releases May 6, 2020
Written and performed by Malcolm Galloway/Mark Gatland/Kathryn Thomas