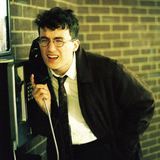 High Wycombe based musician Ed The Dog has announced the release of his new single ‘Thank You Buddy’ on the 12th of June via ALLONEWORD and Interstellar Music Group. Mastered by Ben Booker (Slaves).

His music has found its way into established playlists such as Spotify’s New Music Friday (UK and Global playlist), The Indie List and Alt Rocked and Apple Music’s Best Of The Week. He has been supported by BBC Introducing and Amazing Radio, supported both Circa Waves and Spring King on UK tours and performed at Glastonbury 2019,
He returns with second album ‘Welcome To Being A Loner’, set for release in summer 2020. First single ‘Everybody, I Love You’, released February 2020 received support from Jack Saunders and Huw Stephens on BBC Radio 1 and Steve Lamacq on BBC 6 Music

“Our guitarist Charlie nearly died in a car wreck on New Year’s Eve 2017 after a party in Newcastle. He was saved by a lorry driver. Because of the commotion with the ambulance and the police and trying to get back to Liverpool via the train on New Years Day, Charlie never got to thank him properly. One of my favourite songwriters ever is Randy Newman. I love his work so much because he writes from perspectives other than his own. So we wrote a song about Charlie.”

“The fact that he was all alone, wondering if he was gonna survive the ordeal, fits the wider context of existentialism and loneliness that much of the new album centres around. It was too compelling an idea not to write a song about! I'm also keenly aware that the message of the song has become even more relevant now. We’re very appreciative of people doing difficult jobs right now, nurses and doctors, of course, but also the people driving through the night to make sure everyone has everything they need to live life as normally as possible. If we're lucky, perhaps this song might even reach the lorry driver who saved Charlie—who knows?!” – Ed The Dog

After the break-up of his previous band, quitting his day job as an admin assistant, and the subsequent quarter-life crisis, Ed Wetenhall retreated into his attic and began writing. With the few broken and battered instruments available, he used his crippling fears, dry wit, and tentative optimism to write and record an LP.
The result of this self- imposed exile and reflection was his debut album ‘Shame’, a hook filled, lo-fi exploration into adulthood, anxiety and what it means to be a hopeless romantic. All written, performed, recorded, and mixed by Ed himself. Dirty and homebrewed, Shame was as uplifting and infectious as existential anxiety gets.

After the success of that album and sets at Glastonbury, The Great Escape and supporting both Circa Waves and Spring King on UK tours, Ed retreated back into his attic to write.

He returns with second album ‘Welcome To Being A Loner’, set for release in summer 2020. First single ‘Everybody, I Love You’, released February 2020 received support from Jack Saunders and Huw Stephens on BBC Radio 1 and Steve Lamacq on BBC 6 Music.