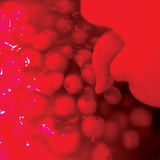 Album Bad Behavior out now via Park The Van

BRONCHO are excited to be returning to the UK for a tour this October following the release of their electrifying album Bad Behavior via Park The Van last year. The band, consisting of Ryan Lindsey (vocals/guitar), Nathan Price (drums), Ben King (guitar), and Penny Pitchlynn (bass), toured in February and return to London (where their previous Moth Club show sold out), Manchester and Brighton, as well as playing Leeds.

The Tulsa, Oklahoma-based band are fresh off an Australian tour supporting Methyl Ethel, where they played to over 2,000 people each night. Methyl Ethel have also remixed BRONCHO’s single “All Choked Up”... coming asap.

Churning out thoughtful, nuanced rock & roll with an art school spirit and a punk rock heart since 2010, Bad Behavior represents the band’s strongest effort yet. Following the catchy, playful vibe of the album's singles like last year’s “arena-ready anthem” ( NPR Music) “Get In My Car,” the new record reveals BRONCHO’s fly-on-the-crumbling-wall vision of our moral climate, complete with a re-energised, accessible sound and the charmingly sardonic, smiling-while-sneering delivery of Ryan Lindsey. “It’s a reflection of the current world: everybody’s been acting badly over the last few years so we made a record about it,” Lindsey says.

Bad Behavior slinks and purrs with a sense of lascivious flirtation. Lindsey sings with a mischievous twinkle in his voice, peppering his verses with suggestive uh-ohs and ahhs and at times barely pushing out his words to the point of whispering. The lyrics match the primal pulse of the songs’ moods and vibes, and their pop sensibilities create a world where T. Rex,Tom Petty, The Cars, and The Strokes collide. The record is filled with references to religion, sin, drugs, vice, and scandal bubbling just under the surface.

"Broncho's Psych-Pop Innuendo Is Stronger Than Ever" - SPIN

"The band's songs are like little pieces of audio candy, too sweet and tasty to stop snacking on." NPR

" A deceptively hooky lo-fi pop banger, bringing to mind songwriting pros like Stephin Merritt or New Order, with the tightness of The Strokes ." Gigwise

" With a sound somewhat reminiscent of everything from Tame Impala to MGMT , trying to draw direct comparisons of the band’s unique sonic capabilities will only leave you coming up short, as Broncho operate well within in their own lane." God Is In The TV