Back to Laish's Music <
EP 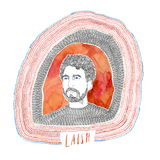 Check out our Indiegogo campaign here: igg.me/at/laishmusic/x/13060381 Music Video here: www.youtube.com/watch?v=hM_Fa0nTTzM Danny Green, aka Laish, returns with his first official release in two years with the emotive EP, Song for Everything. He is known for honest, self-reflective songs and alluring live performances. The lead song is a heartfelt declaration of hope for a lasting love, imbued with an awareness of the flaws inherent in relationships. Danny delivers a linear vocal melody over a dreamy backing of strings and arpeggio guitars with his distinctive plaintive tenor which is deep, richly textured and affecting. EP launch via Indiegogo campaign: Danny is proud to be making what he feels to be his best album yet, and he needs a little help to fund its completion and delivery to the world. So he is launching a new EP via an Indiegogo campaign. Supporters will receive the digital EP and CD with individual handmade artwork by Danny - you'll even be able to request what you'd like it to be. It could be a self portrait, a naked woman or something nicely unusual...every one will be different. There will also be lots of special additions and perks for those with more generous contributions. The brand new, full album is called 'Pendulum Swing' and is being created at Watchtower Studios in North London. Featuring some great musicians and old friends, including Mike Siddell of The Leisure Society on string arrangements, accompanying a rock solid rhythm section, piano, keys and female harmonies. Danny has had an impressive independent career performing both solo and with a full band. Prominent shows include some of the UK's most prestigious venues: The Union Chapel, The Roundhouse, Barbican, St Pancras Old Church and Kings Place. Laish have toured extensively across UK and Europe and released two critically acclaimed albums. Festival performances at End of the Road Festival and Cambridge Folk, and shared stages with Grizzly Bear, Beach House, Richard Dawson, Martha Wainwright, Rozi Plain, Wave Pictures and Jason Lytle. In 2014, Danny started We Come Alive, a regular night in London and a cover song project involving contributions from many excellent contemporaries including Ezra Furman and David Thomas Broughton. Laish was also previously an integral member of the legendary group of songwriters in Brighton, the Willkommen Collective. "This is warm, heartfelt and uplifting stuff." - The Crack "Beguling songs of love" - Mojo “This is real, beautiful, honest, gracious and just plain wonderful music. 9/10" – The Blue Walrus Full band live shows in London: 21 April, Sebright Arms, headline 24 May, Oslo, supporting The Burning Hell Song written and produced by Danny Green Engineered, produced and mixed by Dave Gerard at Watchtower Studios, Rayners Lane, London Danny Green - Guitars and lead vocal Tom Chadd - Piano Talitha Gamaroff - Vocals Sara Mae Tuson - Vocals Matt Canty - Bass Mike Siddell - Violins Mastered by Nick at Brighton Mastering Artwork by Jessamy Hawke