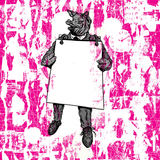 Ramping up to the July 17th release of their INCREDIBLE new album ‘Genetic Cabaret’, Southend rockers Asylums have released an absolute BANGER of a new single, ‘Platitudes’. The accompanying video opens up the band’s private home video vault, traveling around the world, playing festivals, recording in the studio with Steve Albini, writing.......all the stuff they can’t do together right now and miss a hell of a lot.

"It’s going to sound weird, but I initially wrote 'Platitudes' using an old 808 drum machine and a synth, I was listening to loads of electronic film music at the time because I wanted a more angular and dystopian feel for ‘Genetic Cabaret’ than our previous album 'Alien Human Emotions'.” divulges frontman Luke Branch. “By the time we started developing the track as a band this song was sped up to almost hysterical levels and the fuzz pedals came back out. Lyrically it's certainly influenced by some of the empty political messaging that was going on in early 2019 but spliced together with some topics present in the David Cronenberg, J. G. Ballard and Stephen King work I was obsessing over during its incubation"

On July 17th, in the midst of a global pandemic, Asylums will release their latest masterpiece ‘Genetic Cabaret’ through the bands own label, Cool Thing Records. Their genius follow up to 2018’s acclaimed ‘Alien Human Emotions’ was recorded in the privacy of a world-class studio with legendary recording engineer and sound alchemist Steve Albini (In Utero by Nirvana, Rid Of Me by PJ Harvey, Surfa Rosa by Pixies; too many stone-cold legends to parenthesize).

Whilst recording, the band split their time between Chicago, whose big honest soul superseded the garish horrifying pantomime of Trump’s America, Norway and Germany, where Brexit shame was temporarily suppressed like a bad nightmare. The 4 piece, now isolated back on the floundering isle of chaos that is home, nails bloody from picking the real from the farce and bursting at the guts with tales of runaway adventures, magpie wisdom, and furious hope. Asylums have big new things to say - pandemic or no pandemic.

Originally described as “Blur if they were raised in Seattle or signed to Sub-Pop" or “the excitement you felt when you first heard Buzzcocks or Manics”, the development of Asylums has taken them into a brand new sonic space – a combination of anger and experimentalism, of whispered secrets and musical mood swings. For those that need a “for fans of...” reference - think Fontaines DC and METZ gene-spliced with The Flaming Lips and Spiritualised.

“Genetic Cabaret was written during the most turbulent time I've ever experienced socially and politically in the UK,” says Luke Branch. “I'd stay up late every night binge-watching the news and political punditry and write songs all day. During writing and rehearsals, my wife fell pregnant and the huge emotional impact of that got me thinking about the world I was bringing our child into from a new perspective. I examined political history, human biology, generational divides and emerging technology in equal measure. The resulting album feels leaner musically, harder-edged and with anger and empathy in equal measure"

FOR MORE INFO CONTACT - RHYS B at MARTIAN PR - PROMO@MARTIANPR.COM