Back to Matt Townsend's Music <
Album 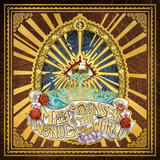 Matt Townsend and the Wonder of the World

Matt Townsend and The Wonder of the World’s self-titled debut LP (Indie folk/Folk rock) is a lyrically driven album featuring 9 songs written by Matt Townsend. Some dressed in full band regalia, featuring swelling organs, electric guitars and ghostly musical saws, others more stripped down just words and voice, fingerpicked acoustics and ethereal violins. The songs feature themes of loss and redemption, spiritual yearning, romantic longing, death, re-birth, freedom, alienation, gratitude and more. The album was recorded at Chakra-5 studios, in Burlington, VT. Produced, Engineered and Mixed by Jamie Bright and featuring musicians from Burlington, VT, Asheville, NC and Boston, MA Singer/Songwriter Matt Townsend has been performing solo since 2010; this is his first recording with a band. This album is a collection of songs written between 2009 and 2012. Featuring Acoustic Guitar, Bass and Drums, as well as Organ, Musical Saw, Pedal Steel Guitar and more. This album was crowd-funded through a Kickstarter campaign and a follow up campaign through Indiegogo. It was recorded in 8 days split up in multiple sessions throughout 2013. Matt moved to Asheville, NC in august of 2013 and has been performing regularly in the area with his band Matt Townsend and the Wonder of the World, and is planning a tour for Fall 2014.