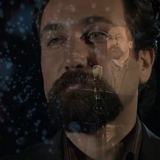 Professor Pezhman Mosleh Iranian composer, poet, professor of cinema philosophy and aesthetic and a scholar in music history who has humanity and philosophical concerns
Professor Pezhman Mosleh is a musician who has given speeches in different universities under topic of " Being I, philosophy and cinema" and " Music, anti-war, a way to conversation" and one of his latest speeches was a speech in the first and the best university of Iran, university of Tehran under topic of " Thought in Art".

He won his first award in a music festival competition at the age of 15. This was to shape his future career as a composer, poet, singer, music and creative methods teacher, scholar in music history, professor of philosophy, aesthetic and cinema philosophy.
He is a pioneer in Iranian neo romanticism style. And according to SABC News he is inspired by Beethoven and Chopin in composing music.
Cinema press journal introduced him as a philosophical artist and Iran Newspaper No.: 5422 on 24th of July 2013in an article of peaceful melody presented Professor Pezhman Mosleh as a musician who takes steps in the way of struggling with war and violence along with universal musicians.
His solo and orchestral works were performed in various universal festivals and he was member of jury in many festivals.
The peaceful album of “Whispers for Peace and Love” is the fruit of his recent years that he spent in silence and solitude, the years that he was studying and searching. The pieces in this album are portrayer and approach film music.
Prof. Mosleh was the only Iranian person who was supposed to cooperate with great Greek director Theo Angelopoulos but unfortunately it was cancelled because of Theo Angelopoulos death. The pieces of this music album specially the pieces of “Limitless” and “Nameless” have attracted the attention of Professor Irvin Yalom who is an existential psychiatrist.
One of Professor Pezhman Mosleh's latest music work was a song for Nelson Mandela which was announced and broadcasted on South African Broadcasting Corporation (SABC). He is the first Iranian artist who has composed and sang a beautiful song for Nelson Mandela and dedicated it to him and the world. Mandela's family appreciated it.
https://archive.fo/nSU98