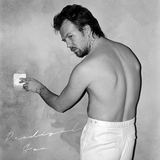 Artist: Alan Power Title: Prodigal Son Label: AWAL Impact Date: 26th April 2019 Alan Power - a UK based singer, songwriter, recording artist and comedian. Like something out of Phoenix Nights, Power emerged from nowhere early last year following a series of much talked about live appearances. Spending the latter half of 2018 making an album and touring extensively, he sold out two London shows with no music online, and shared a stage with The Vaccines, Matt Maltese, Jack Ladder, Spector, Nick Allbrook and The International Teachers Of Pop among others. His music is rooted in traditional country and folk with notable leanings towards the abstract / post punk and experimental. His live show has provoked attention for its unconventional nature and unpredictability. Onstage he wears a white suit, cowboy boots, sunglasses and an expression of discontent. He is known for telling long stories and shouting at audience members between songs. He is sometimes accompanied by a band but says he also “prefers the freedom of playing solo.” “I’m drawn to songwriters who have a sense of humour and a strong identity,” says Power. “I need to be able to buy into the character behind the song. Perhaps that’s why I was never into the idea of being in a band. I’m more intrigued by people who are inclined to pursue it alone. I identify with them more. The idea of being in a band sounds terribly stressful” His first offering, ‘Prodigal Son’, tells the story of a man on the road to nowhere. Painting a picture of the apparent struggles between his own delusions of grandeur and crippling self doubt. “I am the life and soul of nothing at all”, he sings. Watch the video HERE. The mysterious Power looks like he might be one of the surprise breakthrough acts of 2019. His irreverently titled, debut album; Greatest Hits Vol. 1, (made with friends, Jack Ladder and Charles Watson and mixed by Noah Georgeson), is set for release in the spring, and if the rumours are true, it’s a classic. Watch the space.