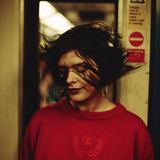 Artist: Bessie Turner Title: Donkey Label: LAB Records Impact Date: 3rd April 2020 “Since her emergence in 2017 she has spun a delicate web of intimate, nocturnal instrumentals, marked with a particular, confessional magic that is all her own. “ - The Line of Best Fit Bessie Turner has returned with her new single ‘Donkey’, following the news that she will be supporting Gengahr on their UK tour, as well as appearing at Brighton’s The Great Escape festival. ‘Donkey’ makes a statement from the offset, blasting with a grunge tinged guitar line, uncompromising hooks and Bessie’s delicate but demanding vocal. Throughout the track her forthright persona shines, with an invigorating sensitivity. ‘Donkey’ is her boldest, most fearsome release to date. About the single Bessie says: “I wrote ‘Donkey’ in the summer of 2019. It’s an observational song referring to the loss of a loved one and the chaotic time that went hand in hand with grief. I didn’t set out to write a song with the theme being so personal to me, but over the moody lackadaisical guitar track created with Josef Page it came about so quickly and felt right. I remember reading through some diaries in the studio which were all pretty fucked up at that point in time. It’s about uncertainty and the fact that we actually have no idea what we’re really doing in life for a lot of it. It’s about an afternoon playing board games in a pub in Ipswich on a come down four years ago. It’s about late, late nights and trying to lose your head. It’s about desperation and finding peace.” ‘Donkey’ follows the success of ‘Down 2’, which saw playlisting from BBC 6Music and support from Jack Saunders on BBC Radio 1, alongside tastemaker support from CLASH, The Line of Best Fit and House of Solo. The two singles will complete Bessie’s forthcoming EP, which will also include ‘Stones’ and ‘Nino’. Following her recovery from sepsis in early 2019, last summer saw Bessie work relentlessly. She supported Ed Sheeran at Chantry Park, and played at festivals including Live At Leeds, Dot To Dot, MIRRORS and Iceland Airwaves, closing the year off with a sold-out headline show at London’s Folklore. Bessie will be playing a string of dates supporting Gengahr across the UK this February, leading into festival slots at Sound City, The Great Escape and 110 Above Festival. BESSIE TURNER LIVE DATES 17th Feb – The Sound House, Dublin * 19th Feb – The Fleece, Bristol * 20th Feb – Patterns, Brighton * 21st Feb – Earth, London * 2nd May – Sound City, Liverpool 3rd May – Stag & Dagger, Glasgow 15th May – The Great Escape, Brighton 14th August – 110 Above Festival, Warwickshire * supporting Gengahr