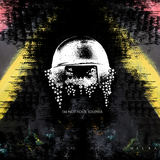 Artist: Malka Title: A New World Label: Tantrum Records Impact Date: 31st July 2020 Following the release of MALKA’s third critically acclaimed album I’m Not Your Soldier, via Tantrum Records on 28th Feb, the Scottish multi-instrumentalist has announced her latest single, ’A New World’. The song clatters into life with scattered percussion and twisted synth drones before the impish vocals join in with beautiful clarity and an uplifting chorus. Speaking about the song MALKA says, “A New World was written about my return to Glasgow from London with my family. We had a tough time in the early days of being here and I was looking to the future, knowing that as long as we had each other things would be brighter”. A New World which was produced by Paul Savage (Mogwai, King Creosote, Franz Ferdinand) finds MALKA at her most personal. “It felt right to release the single now, although the song was written about a different time, I think for many of us - we feel like we are entering something of a new world right now - this song feels like it represents my feelings about the current climate as much as it did in that previous world, when I first wrote it.” I’m Not Your Solider is a reflective record that finds MALKA at her most intimate yet, following the release of her politically charged album Ratatatat in 2017. While the new record is awash in dark fuzzy bass and haunting synths, its intimate depth comes with uplifting lyrical content. “Lyrically it is very much about where I am in life,” explains MALKA, “and also not overthinking it in terms of how I’m feeling.” Following the postponement of the final two dates of the recent tour MALKA has now confirmed the new dates: 20th Nov, Eagle Inn, Manchester 21st Nov, Servant Jazz Quarters, London I’m Not Your Solider was released on all DSPs, CD and unique eco-vinyl. The latter is created from recycled vinyl runs, cutting down waste and also offering fans the opportunity to own a one-off piece of vinyl, as no two are the same pattern or colour.