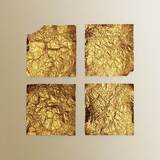 Artist: Seams Title: Rilo Label: Full Time Hobby Impact Date: 9th September 2013 "Rilo" is the first single to be taken from Seams' forthcoming debut album, "Quarters". “It’s brooding and beautiful electronic music, and it more than deserves your attention” NME “Kraftwerk via Detroit techno big hitters, but the playfulness and lightness of touch are very much his own” Time Out If for some the debut album can be a weight on strained shoulders compared to off the cuff single tracks and relatively short, sharp bursts of creativity experienced during an artist’s fledgling beginnings, then Berlin-based British producer James Welch aka Seams seems to carry his own first full-length easily. Quarters, out on Full-Time Hobby, is a record that flows with a lucid fluidity, taking on a more overtly beat-driven stance than previous EPs Tourist and Sleeper (put together last year for a double-release,) but retaining a lightness of touch that allows the material to lift up and outwards from its scuttling rhythms. “I’ve actually been more heavy-handed with themes before,” says Welch. “In order to make this full length, I worried a lot less about having an over-arching concept. By worrying less about that, and more about the textures and rhythms I wanted to use, things felt more opened up to me.” Welch hints that if anything has influenced the album narratively, then it inadvertently comes from the fact that he’s lived in four different neighbourhoods in Berlin during its creation. However, his way of working is done through insular channels, answering only to himself as editor. The sounds coming out of the record are a result of an internal thought process rather than actively reaching out to grab hold of borrowed elements. Melody has been stripped back on Quarters, and there’s a persistent propulsion that threads its way through tracks like ‘ClapOne’ and ‘Iceblerg.’ “I wanted to go back to more basic elements, and put rhythm at the forefront,” Welch comments, “I've also tried to focus more on phrases repeating and evolving over time, rather than meticulously editing on the computer.” The result is a record that resonates more with the hot hue of the Berlin dance floor, with only ‘Pocket’ providing real meditation. This was intentional, and the influence of Seams’ adopted home city’s night life on his music can’t be underestimated. In contrast to his earlier work, where there was an intention to squeeze a sense of claustrophobia from it, Quarters is spacious and breathable; “I recorded how things sounded when played back in my room, so the reverbs used are the reverbs of the rooms I worked in,” he comments. Quarters was also made with his live set in mind; after two years learning his trade while being taken on the road by the likes of Gold Panda and – a little more incongruously – math three-piece Three Trapped Tigers, 2012 was a year where the young artist began to make inroads as a headline artist in his own right. This gained experience has helped Seams develop a new-found confidence in his show, and as such he’s felt comfortable contorting his studio work into tracks that have the flexibility to cope with his increasingly varied, eclectic live performances. “A lot of these tracks developed live,” he says. “I've been playing some of this album for a while now, tweaking them as time goes on, always with the live set in mind. I wanted my set to flow more, with less stopping between tracks.” Quarters imitates that smooth live cohesion, and with its eight tracks moulding into one comprehensively formed body of work, it becomes hard to see the seams between their patchwork. One thing is for sure though; there will be plenty more of Seams to be seen. Playing LIVE August 7th London Servant Jazz Quarters September 21st London KOKO w/Jon Hopkins