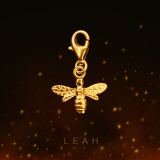 Filthy Tricks are to release their next single ‘Leah’ on Friday 8th May. ‘Leah’ follows their last release ‘Walk In Line’ - a track which had their 2020 off to a flying start when local rugby league team Warrington Wolves used it to soundtrack their 2020 season promotional video - and the new single promises to leave the band’s mark firmly on the indie music scene.

The Warrington five-piece ooze rock ‘n’ roll soul, citing Black Rebel Motorcycle Club and The Doors to Sly & the Family Stone and The Violent Femmes as influences on their music and lyrics. After releasing their debut EP ‘Run The River’ in June 2019, the band have gone on to support the likes of The Blinders, Children Of The State and Sky Valley Mistress, as well as playing headline gigs across Warrington, Manchester and Liverpool.

‘Leah’ opens with a pounding drum beat and a burgeoning guitar riff, leading into lyrics with a much more emotive undertone than the band’s previous releases. The basis of the lyrics come from an extremely personal place for guitarist and songwriter Gerard Van Den Hoek, who explains how a trip to Australia had a profound effect on him:

“‘Leah’ is about changes in myself and meeting a very special person that’s come into my life and made a massive impact. A couple of years ago, before we reformed Filthy Tricks, I was in a bad place and didn’t realise until the band and friendships slowly started to crumble beneath me. That was down to me and my weekend ways, always putting those nights out before the important things that I had in front of me. So I finally had had enough and was sick of being stuck in the mud, so I decided to take a year out from everything and go travelling in Australia to sort my head out and wake up a little, because you only get one crack of the whip in life, and that was going to be in music with Filthy Tricks for me. It still remains the best thing I’ve ever done because I cut ties with a lot of people and I’ve never been so driven to achieve this dream of mine and now it’s paying off.”

“Not long after I came back from Australia I met my now girlfriend who was the biggest impact that shaped me into who I am today. Her name is not Leah, let’s get that straight, I just couldn’t sing out her name - that’s far too Cheddar cheese! The chorus ‘Leah’ actually originated from a chant me and some pals in Australia sung when we were in Bundaberg doing our farm work for a second year visa, the words used to be something else but I since changed it to suit the song. So all in all this song is powerful. It covers two massive impacts in my life and essentially has lead me to this point to share with the world, and it’s one hell of an anthem that will forever be recognised.”

The band once again took up camp at Red City Recording in Manchester, with producer Dave Radahd-Jones at the helm. The band got to work on three songs - including their previous release ‘Walk In Line’ - but made sure to dedicate the most time on ‘Leah’ to ensure its perfection.

Vocalist Liam Rimmer also commented on the recording process, explaining how much the band enjoy being in the studio:

“Chris [Peake]’s atmospheric drums were laid down first pursued by Chris [James]’s bass. Those lads always go down smoothly! Next to face the demon of the red recording light was Gerard...there’s always a few laughs when he messes a bit up, however ‘Leah’ is what I call Gerard's baby, so the schoolboy giggles didn’t last long before we were back on form. With Ged's rhythm down Matty took to the stage to lay down the lead and sounded "bloody lovely" on a twelve string guitar Dave had lying about in the room and added that special something to an already special sound. With the added pressure of knowing how much this song meant to our Ged, I felt I had to smash it moreso! With plenty of Vocalzones, cups of tea with honey and the occasional whiskey, the vocals for ‘Leah’ were laid down and the journey of the track was about to begin for ourselves and our fans.”
“I personally adore getting into a studio with these lads; feeling like a family more and more with every session, making loud noises and trying to draw on Matty’s face when he dozes off, to nipping to the pub to watch the footy when Chris is laying down his drums. It’s just home for us.”