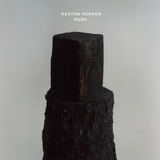 Keaton Henson is very pleased to announce details of his new album for release in the Autumn.

Monument will be released on the 23rd October 2020 through Play It Again Sam. It will be Keaton’s first album since 2016’s Kindly Now LP.

Keaton Henson’s new album Monument is a rare thing. It is an album about loss, and dealing with losing the ones we love, but told, in incredibly candid detail, through the aspects of our lives that surround the trauma itself, about love, ageing, recovery, life, seen through the prism of grief.

With the posting of an enigmatic and cryptic goodbye in 2016; ‘Epilogue’, Henson’s next project ended up becoming Six Lethargies, a complex and ambitious symphony for string orchestra, dealing with the minutiae of mental illness. He put away the guitar and retreated to his home for three years to compose it. Monument now finds Keaton re-emerging with an album of songs about grief, and how it permeates our lives.

The record began when, having recovered from both Six Lethargies and the circumstances that inspired it, Henson moved from London to the wilds of the English countryside, spending long days outside chopping wood, tending to the grounds, and watching birds of prey soaring above. It was from this remote outpost that he finally felt ready to look at a subject he had been avoiding for his entire songwriting career; the decades long illness, and imminent death of his father, who passed two days before he finished recording the album.

Keaton: “I suppose it is, at its heart, much like my first record; a collection of things I wanted to say, just so they’re out of my system, and not necessarily for anyone else to hear. I made it at home, mostly alone, to the sound of birds and rainstorms, at strange hours of day and night.
But, once the bones were recorded, I was somewhat unexpectedly joined by an amazing group of people, who came to musically lift me on their shoulders, and take these unsaid feelings to another plain in terms of sound.”

These people came in the form of Radiohead’s Philip Selway providing drums and percussion, guitars provided by Leo Abrahams, saxophones from composer Charlotte Harding and at one point a full string section.

It culminates in a record that is at once intensely intimate and vulnerable, but carries with it a confidence and elevation in its musical language; the simple up-close picking of Henson’s guitar lifted on a soft bed of electronics and lo-fi tape sound, the moments of joyful acceptance punctuated by soaring drums and woodwinds, that feels like jumping in a cold pool on a warm day.

The sound of tape and VHS are a crucial vein that run throughout the album, carrying the feeling of memory and nostalgia, family and childhood. The subtle recurring use of home video sounds suddenly brings the biographical nature of the album to life, before receding again into the background.

Launching today is “Prayer”, the album’s vulnerable centrepiece. Accompanied by the haunting video by Stink Rising director Geej Ower. Prayer arrives in two distinct parts; firstly, there’s the preparation for loss that, in truth, will never truly prepare you at all, and then the orchestral second half, a final goodbye to his father.

Keaton elaborates: “Prayer is a meditation on the act of preparing to lose someone, in whatever form that takes. It’s about the feeling of helplessness, and the realisation that there are no words you can say to someone before they leave that will make it less painful when they do, as much as we feel like there must be. The orchestral section is a more personal statement; I didn’t know what to say to my dad before he left and I don’t really know what to say now, so it is, for once in the record, just simply goodbye”

In essence, Monument is an album about death, but in exploring that theme, becomes an album about life. It is singular in its vulnerability, and an unmistakeable artistic arrival for Keaton. With songs that are clearly speaking intimately from personal experience, but with an eloquence and artfulness that make it feel universal. An astonishing record by a singular talent.

Also due for release from Keaton Henson is a new poetry book called Accident Dancing which details his life in fragments, from the extreme to the mundane. Accompanied by evocative pencil illustrations, it is an intimate and unapologetically personal insight into this extremely emotive artist.

Keaton writes Accident Dancing is everything the way I remember it; i.e. fragmented, chaotic and often grammatically incorrect. I hope it feels authentically like a memory if nothing else. It was just something I needed to shake from my head.”

Accident Dancing is to be published on 22 October by Faber Music, and is available to pre-order from store.keatonhenson.com.