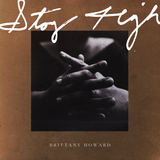 Brittany Howard is very pleased to unveil “Stay High,” the soulful first single from her debut solo album, Jaime, and the accompanying video, which follows a father in the moments after his shift at a factory. Envisioning Terry Crews – who portrayed beloved TV dad Julius in US sitcom “Everybody Hates Chris”, and has gone on to star in such projects as The Expendables (and its sequels), Deadpool 2, “Brooklyn Nine-Nine” and “America’s Got Talent” – in the lead role, Howard wrote him a letter to ask if he would consider starring in the video, and he graciously accepted her offer.

Brittany teamed up with director Kim Gehrig to shoot “Stay High.” Gehrig’s music videos for Wiley & Mark Ronson's “Cash in my Pocket” and Chaka Khan’s “Like Sugar” won top honours at the UK VMAs. Her numerous awards include the first Glass Lion as well as multiple Gold Lions at Cannes. Howard dedicated the “Stay High” video to her father, K.J. Howard, who makes a cameo appearance.

Marking her first-ever appearance in a music video, Brittany can also be spotted in the clip.

“This video is shot in my home town of Athens, Alabama. The actors are my family and friends,” says Brittany Howard. “Terry Crews plays a man who isn’t out to change the world, he plays a man who just wants to come home to those who understand and love him best. We see his inner beauty, grace and humanity in a place that is so often misunderstood.”

Terry Crews recalls: “I got an email from the Brittany Howard, asking me to be a part of a song she wrote that was all about her dad and how special he was to the family. And she poured her heart out in this letter. I couldn’t believe it, Brittany was like, ‘we can shoot it in L.A.,’ and I said, ‘No, I’m coming to you, we’re going to Alabama. We’re going to where you grew up, to where your family is.”

Tickets are on sale now for Howard’s first live tour dates, including shows in London, Paris, Amsterdam, and Bilbao. See all dates listed below.

As the frontwoman and guitarist for Alabama Shakes, Howard has become one of music’s most celebrated figures. The band has won four GRAMMY Awards and topped the Billboard 200 with the Gold-certified Sound & Color, the follow-up to its Platinum debut album, Boys & Girls. Jaime, set for September 20 release on ATO Records and available for pre-order HERE, is titled after Howard’s sister, who taught her to play the piano and write poetry, and who died of cancer when they were still teenagers. Fans who pre-order the album in digital format will instantly receive “Stay High” and “History Repeats.”

Howard’s collaborators included engineer Shawn Everett and the core group of musicians she assembled to record Jaime: Alabama Shakes bassist Zac Cockrell, jazz-based keyboard player Robert Glasper and drummer Nate Smith. As the first project to come out under her own name, the album represents an enormous step both musically and personally.

“It’s my first time making decisions on my own, being the captain of the ship,” she says. “It brings up existential questions—why am I here, why do I do this? People think that touring in a band is super-fun, and it can be, but nothing about it is normal. You miss out on a lot of stuff, so I need to make sure I’m doing it for the right reasons.”