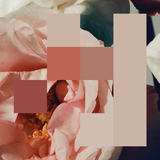 Where From: Glasgow, Scotland

CHVRCHES announce the release of their hugely anticipated second album, Every Open Eye, due 25 September via Virgin EMI / Goodbye Records. The album is heralded by first single, ‘Leave A Trace’, available to download now as an instant-grat for those pre-ordering the album.

‘Leave A Trace’ is an exceptional calling card for CHVRCHES’ new record - displaying the band’s expanded sonic pallet, it mixes darkness and light with one of their biggest tunes to date, and some of Lauren Mayberry’s darkest-yet-defiant lyrics yet, in her own words: “a middle finger mic drop about not being told what to do”.

Every Open Eye is the follow up to the band’s breakthrough debut album The Bones of What You Believe, which went on to sell over 500,000 copies worldwide. The Brit Award nominated band clocked in 364 shows in 2 years, selling out venues across the world and making signature appearances at SXSW, Glastonbury, Coachella, Lollapalooza, Reading & Leeds, and myriad others.