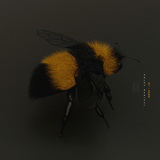 Following a stellar lineup of singles including the formidable IF ONLY and the softer, more intricate WATER featuring rising talent Mahalia, the East London artist returns with a weighty double a-side package showcasing two new offerings, '97’ + ‘PURE’, each dialling up two distinctive, different sides of his undisputed talent

‘Start by getting the facts straight, some learn better the hard way, whole lot of stress in a book bag. Young boy carry the hard weight’ (97)
‘Wonder what they see first, the fear or the fiction, the brave face a shield or addiction be the first one to test my conviction’ (Pure)

“Music has been my soul’s therapy for quite some time now. Although 97 is about the loss of a close friend I want the song to feel like a celebration. Something we can both smoke to in heaven... Pure is a conversation I would have with self regularly. A story of self doubt and resilience. My story.”

Summer 2018 has so far seen KOJEY take his explosive live band experience to festivals including THE GREAT ESCAPE (Vevo Stage), ALL POINTS EAST, WOMAD and with upcoming appearances scheduled at OUTLOOK, BESTIVAL, LOST VILLAGE, APPLESAP and the newly added READING + LEEDS. The one-to-watch rapper will embark on his most prolific UK + IRELAND tour this November, with his CAN I SPEAK tour heading out to cities including DUBLIN / MANCHESTER / BIRMINGHAM / LEEDS / BRISTOL + KOKO LONDON.

Cementing himself as one of the most exciting talents to burst out of the UK, KOJEY consistently reinvents the wheel of what it means to be a true creative, devoting his attention to every strand of his art whether that be his recent 9 minute immersive short film for WATER (IF ONLY THEY KNEW), walking for LIAM HODGES at London Fashion Week, featuring in photography exhibition the INFLUENCE PROJECT at SOMERSET HOUSE; celebrating leading black musicians who are pushing boundaries, or embarking on his own curated live music night ‘ENDLESS’ in partnership with the Jazz Cafe.

With a feature on the upcoming Rudimental album, and current top-tier collaborations out wth POTE, JAY PRINCE, M.J COLE, BLUE LAB BEATS, POPPY AJUDHA and RUKHSANA MERRISE, expect a run of meteoric new music including forthcoming collaborations with MAHALIA and EBENEZER, and announcements from the enigmatic rapper across the rest of the year.

DAZED: 'We thought we couldn’t be more into Kojey Radical, then he dropped ‘Water’

THE INDEPENDENT: 'Kojey Radical is the renaissance man’