TUNE Yungblud - I Love You Will You Marry Me 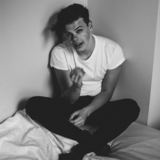 YUNGBLUD reveals new single 'I Love You, Will You Marry Me'.

“start expecting big things from this Northern newcomer. We’re certain we’ve not seen the last of him…” - WONDERLAND MAGAZINE


19 year old, Yorkshire-born artist Yungblud releases new single, ‘I Love You, Will You Marry Me’ - inspired by a corrupt modern-day love story between a young couple from the north of England.

Quickly becoming renowned for his explosive live performances - 2017 has already seen him perform numerous shows and festivals across Europe and the US, including sets at Communion’s monthly Notting Hill Arts Club night, a slot at LA’s famous “School Night”, as well as acclaimed festival performances at The Great Escape, Lowlands Festival in Holland and Reeperbahn, Hamburg.

Yungblud will now play another run of shows this Autumn for Propaganda. The UK biggest indie rock club night were blown away discovering Yungblud at The Great Escape, and as a result have asked him to headline a string of dates up and down the country later this year.

Propaganda will also release ‘I Love You, Will You Marry Me’ on 7” vinyl - which will be available at all his upcoming shows, as well as online.

06 Manchester, Band on the Wall

‘I Love You, Will You Marry Me’ is out now via Locomotion Entertainment.

‘I Love You, Will You Marry Me’ is also available to purchase on 7” vinyl via Propaganda