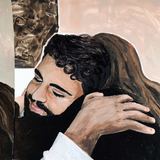 Behind the odd name Steve Buscemi’s Dreamy Eyes you’ll find one of the most promising new bands on the blooming Swedish indie scene. The quartet returned this summer with the new single Change of Heart, their first in 19 months and first taste of their forthcoming debut album that is expected to be released early 2020. Now comes yet another shimmering slice of what's to come with the catchy single Moon, out November 5th via Rama Lama Records.

Steve Buscemi's Dreamy Eyes on the song:
"Moon is a song about new beginnings. For us, that beginning was getting back together in the rehearsal space after a 6 month hiatus to write new material. Furthermore, it's a song about rekindling the spark in the things you are passionate about, but also a celebration of our relationship as a band, the things we've been through, and the things we look forward to continue experience together."

The band formed in 2015 after bassist/vocalist Tilde Hansen tweeted out "Does anyone/anybody know someone who wants to play in a band together with a bassist and a singer (Siri) that haven’t played in a band for a year and are dying of boredom?", which Elias Mahfoud (guitar/vocals) responded to. Elias then reached out to Edvin Arleskär (drums) whom he had met through an Arctic Monkeys forum, thus making Steve Buscemi's Dreamy Eyes complete.

Debut track Desire was released early 2016 and has since then been followed by three more singles, receiving attention from both Sweden’s biggest music sites and influential international sources such as DIY, Billboard and Amazing Radio. In February 2017 Closer, featuring Rama Lama Records label mates Melby's Matilda Wiezell, made it to the top 10 on the Spotify US Viral chart and Dreaming of You followed the success shortly after being praised as "one of those rare ”wow” moment" by The Revue.

The band made their festival debut at Umeå Open playing alongside some of Sweden's biggest artists such as Amanda Bergman, Solen, Säkert! and more, Swedish magazine HYMN hailed the show as "the festival's most energetic". Debut EP Four Waters with four brand new tracks was released on November 24th 2017, being described as “an illustration of the sonic genius of the little band with the great name, who in less than a year continue to leave us speechless with their music”.