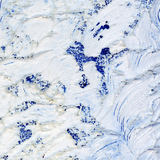 The Silver Field has shared the “Salt Light” single – the second glimpse of her forthcoming second album Sing High! Sing Low! which follows on 12th June via Crossness Records.

The Silver Field is the sound world of Coral Rose and friends. Sing High! Sing Low!’s nine exploratory tracks combine to form an aural postcard - a collection of snapshots following the path of a journey. The story picks up where debut album Rooms (O Genesis Recordings, 2019) left off, with a decisive stepping out into the world, and it follows Coral Rose’s next steps, with one eye still trained on that starting point.

Showcasing Rose’s diverse influences and melodic know-how, ‘Salt Light’ covers both the internal and external grounds of that journey. Rose: “I wrote this lyric and melody walking home from my studio while living back in the small Derbyshire town where I grew up. The recordings on this album span a good five years, but that’s the place where it really came together. My walk home took me past my old school, out through the fields, and up a big hill. Since I knew this area so well, I found that I could easily walk at night with no light, and it felt really magical and restorative – ‘taking in fear, laying down love, as I walk.’”

A familiar part of Rose’s songcraft, many of the tracks on Sing High! Sing Low! are formed around tape loops. These loops often go back to The Silver Field’s inception, drawn from the same collection of source material as Rooms. But what sets these songs apart from their predecessors is a striking new sense of extroversion, an exploratory propulsion, charting new musical territory while holding tight to the homemade idiosyncrasies of her previous work. Rose’s vocals stand front and centre, her sonic tapestries unfurled to their fullest, her storytelling more vibrantly human than ever before. >>>

In her own words: “A lot of my influences remain the same - Arthur Russell, Kate Bush, Grouper - though this album feels kind of like ‘setting sail’ from them, rather than drawing on them directly.” Musically, a thread that runs throughout the album is the motif of the tolling bell. “I think for me a bell is kind of a 'calling' sound,” she says, “It's calling to you to follow, to meet it where it's sounding from. I think it's in a spirit of following myself into the future that I use bell sounds on this record, like a sonic representation of inspiration and motion, and a trust in that which pulls me forward.”

Another element brought to the fore is the presence of drummer Kiran Bhatt, who performs as part of The Silver Field’s touring band. Long-time collaborators and friends, Bhatt and Rose also form the rhythm section of acclaimed folk-rock outfit Red River Dialect, and the alchemic sense of grounding they share can be felt both live and on record. Sing High! Sing Low! also sees Rose collaborating for the first time with Hannes Plattmeier, who lent his intuitive ear to mixing the record, as well as the finishing touch of mastering engineer Katie Tavini.