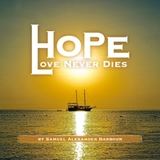 Hello and welcome to my Amazing Tunes Artist Biography! Ever since my father started teaching me to play the guitar at the age of 11 I have been hooked ever since! During my teenage years growing up in the UK, I predominantly played rock, blues, jazz, funk, soul, rnb and folk music on my electric guitar. I played in numerous bands from the age of 15 and wrote songs with fellow members. From school to college to full-time work I played electric guitar and sang backing vocals in working bands at the weekends and during holidays. These formative years in music gave me a deep understanding of the realities of the working musician. At the age of 16 I started studying classical guitar with Neil Smith. Classical guitar is a pursuit that continues to this day! At the age of 20, I embarked on a 4-year degree in Classical music at Edinburgh Napier University and was awarded a 2:1 degree. Over the years, I have had the great privilege of studying guitar under so many wonderful teachers. These include my father, Brian Eagles, Steve Barratt, Tony Hale, Neil Smith, Roger Quin, Gordon Ferries and Simon Thacker. I am deeply indebted to them all. Thank you. I have been writing original songs since I was a teenager. However, my first professionally arranged and recorded song was 'Far Across the Night Sky'. It was recorded in June, 2016 at AYM Studios, Hong Kong with Anthony Wong and Fion Ip and released later that year. My sincere thanks to them both for their help. Two other songs: Freefalling and Timecatcher were released in early 2017. All of my songs fit comfortably into the singer-songwriter tradition. My musical style and influences are quite eclectic including Jason Mraz, Jack Johnson, Jose Gonzalez, James Taylor, Shawn Mendes, Paul Simon Gerry Rafferty, Ed Sheeran and Dougie Maclean to name a few. My positive musical outlook is a product of my positive attitude towards life in general. 2017 and 2018 have seen me perform at numerous venues including a spot on RTHK Radio 3 on 30th August to showcase 'Far Across the Night Sky' as well as a live performance of two other songs: 'Hope (Love Never Dies)' and 'Mermaid'. On June 26th, 2018, I was the opening act at the annual H2 Live Music Festival at The Wanch in Hong Kong. I was also one of the featured artists in Time Out magazine’s review of the H2 Festival. In both 2017 and 2018, my songs were featured on the official H2/Time Out Playlist (Far Across the Night Sky and Freefalling). I was back on RTHK3 with three new songs on the 24th of July including my latest single, 'Caledonia Dreaming' released on 4th July, 2018. It has since gone on to be well received and was played on UK radio in December, 2018. It has also been used as advertising music for Scotlands new NC500 tourist route website also sometimes referred to as Scotland's Route 66. An album entitled 'Teacher Ham's English Songs for Children (Volume 1) was released on the 12th of February. My fifth single, 'Hope (Love Never Dies)' was released on the 8th of March, 2019. Further new releases are due later in the year including another new single and my first full acoustic album. I also have a series of live performances lined up for 2019 in Hong Kong and the UK. Please stay tuned for more information If you think my music would be suitable as part of a film soundtrack, advertisement or suchlike please contact me for more details. Likewise, I am happy to collaborate with fellow artists on old or new projects in both English and Cantonese. I am based in Hong Kong and although I am a primary school English teacher by trade I am also available for projects as a classically-trained session guitarist (all styles of guitar), vocals, English narration, songwriting (a range of different styles) and composition. It is my hope that I can continue to grow and improve and be recognised as a songwriter and it is with this aim in mind that I hope to share my music. I hope you find my music interesting and inspiring. Thank you for your support! Sam