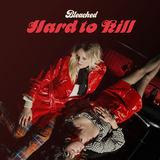 Today, Bleached aka sisters Jessie and Jennifer Clavin share first single, Hard To Kill, taken from forthcoming album Don’t You Think You’ve Had Enough?, out July 12th via Dead Oceans. The new LP is the first album the duo have written from a place of sobriety. That newfound perspective serves as the guiding force in every corner of its sound, yielding a courageous, honest, and sonically ambitious album. Throughout, the Clavins radiate the power and bravery of facing addiction, of letting go of the past and becoming open to a radically different future of self-love, acceptance, and newfound honesty. Today, the sisters present its lead single, the defiant, yet playful Hard to Kill and its accompanying video, and announce a North American headline tour, support slots with Refused and The Hives and UK dates. (all upcoming dates are listed below).

Don’t You Think You’ve Had Enough? follows 2016’s Welcome the Worms and 2017’s Can You Deal? EP. The sisters began writing the album in early 2018 in a Los Angeles practice space and with friends and co-writers in Nashville. “Writing these songs while sober became somewhat of a spiritual experience,” Jennifer says. “I had to let go, trust the process, and allow an energy beyond my control to be present.” In writing and recording, Jessie handled the bulk of the instrumentation and Jennifer handled the lyrics and melodies -- it was important to the Clavins that the entire record return to their dynamic as sisters.

Producer Shane Stoneback (Vampire Weekend, Sleigh Bells) helped open every door to experimentation, wanting to be exploratory while keeping the sound singularly Bleached. The resulting LP is explosive, grappling with the past; its twelve tracks mark some of the sisters’ most visceral, rawest songwriting to date -- and some of their best. The album glimmers with inspiration found in touring with the likes of The Damned and Paramore whose arena-ready, incisively catchy pop was a palpable influence helping to push Bleached’s sound in a new realm.

This new direction is clear with Hard To Kill and previously released Shitty Ballet. As described by Jennifer, Hard To Kill is about “staring down the road towards death and realizing I needed to wake up and get out of my selfish patterns of self destruction.” The video, directed by another sister team, Juliana and Nicky Giraffe, depicts the sisters in defiance of the shadows of their past, utilizing their talent and wit to set themselves free into a liberated new beginning.