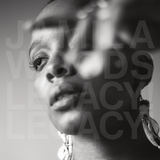 Woods put out her debut album HEAVN last year garnering praise from the likes of Pitchfork (Top 50 albums), Rolling Stone (Best R&B album of 2016), Fader, Spin, W Magazine and in partnership between Jagjaguwar and Closed Sessions has re-released the album, receiving 8.4 Pitchfork, 8.3 Consequence of Sound, and 8/10 Spin. The album also features contributions from Noname, Saba, Peter Cottontale, Kweku Collins and oddCouple. Jamila Woods is currently touring the US supporting Jordan Rakei, returning to the UK for a special headline show at London’s Jazz Café on 27/10.