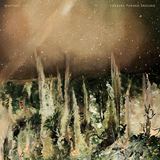 WHITNEY ‘POLLY’ SINGLE
IMPACT: 11/11
Whitney releases new single Polly via Secretly Canadian. Whitney are Chicago based 6-piece headed up by Julian Ehrlich (drummer/singer and ex-Unknown Mortal Orchestra) and Max Kakacek (guitar and ex-Smith Westerns). New single Polly is the next single to be taken from the band’s debut album Light Upon The Lake, which was recorded with Foxygen front man Jonathan Rado, receiving 8.5 The 405, Best New Music and 8.3 Pitchfork, 8.3 Consequence of Sound, 8/10 DIY, 8/10 Uncut, 8/10 The Guardian, 8/10 TLOBF, 8/10 NME so far. The new single follows on from previous singles No Matter Where We Go, Golden Days and No Woman, which won widespread support from Radio 1’s Huw Stephens, Phil Taggart, Annie Mac, Radio 2’s Jo Whiley, Dermot O’Leary, 6Music, Beats 1’s Zane Lowe, Matt Wilkinson, Radio X’s John Kennedy and Amazing Radio amongst others. Whitney will be returning to the UK in November for shows at Brighton’s The Haunt on 3/11, Nottingham’s Bodega on 4/11, Glasgow’s CCA on 5/11, Newcastle’s Cluny on 6/11, Manchester’s Gorilla on 8/11, Bristol’s Thekla on 9/11 and London’s Koko on 10/11, with support from Julia Jacklin. www.facebook.com/whitneychicago