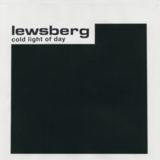 LEWSBERG
Announce new album: In This House
Due 27 March

In This House, the second album by Rotterdam-based Lewsberg will see the light of day on March 27th. Like their 2018 self-titled debut album, the record will be released by the band themselves and Cargo Record Distribution.

Having previously received airplay from DJs at BBC Radio 6 Music, Radio X, Soho Radio, Amazing Radio - drawing comparisons to Television, Talking Heads, Velvet Underground and Parquet Courts - Lewsberg’s latest offering seeps into your consciousness in a different way to their debut, though their tendency towards existentialism and black humour is present throughout.

Harsher in sound, but more humane in spirit, the running order feels looser and less poised. In This House refuses to let the listener settle for a single moment, making it impossible to chart a course through the album's meandering ten songs. Today they share new single 'Cold Light of Day' as well as news of an upcoming UK tour:

More about In This House:
The metallic, atonal guitar strum on opening song 'Left Turn' leaves no room for discussion. This is Lewsberg at work. The unnerving sound of a revving car, handbrake on, suddenly coming to an abrupt and silent halt. Is the title of this opener a warning for the listener for the rest of the set, as if we’re going down Frost’s “path less followed”? Or is it just a description of this lonesome character unexpected behaviour in this particular song?

In This House is full of surprises. The teasingly weak guitar break on 'From Never to Once'. The two instrumentals 'Trained Eye' and 'Interlude'. Emotionally affecting Lewsberg-ballad 'The Door'. And then there’s the pairing of the last two tracks: the sluggish, druggy, fatalistic 'Jacob’s Ladder' and the wild, associative 'Standard Procedures'. It's as if each piece works independently from the other, gazing back occasionally on what came before and, in turn, adding a different flavour to what comes next.

'Cold Light of Day' and 'Through the Garden' are copybook Lewsberg. Boiling, repetitive rock songs, provocative and enchanting in their minimalism. Whilst 'At Lunch', seemingly innocent and carefree at the start, conjures a looming sense of doubt by its conclusion.

The lines from closing song 'Standard Procedures' could be the adage of the band. Not like some sort of peptalk or an expression of winner’s mentality, but as an homage to the beauty and comfort you can find in an endless muddling through.

"Sometimes bleak, sometimes emotional and always compelling, Lewsberg are the only new punk band you need in your life." - Music Week

"This is sardonic wit and detachment, delivered in a sing-speak style that reflects Big City melancholy. This is, quite simply, brilliant and unmissable.” – Clash