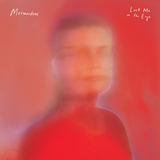 She's Running is the third single to be taken from Flying Nun-signed trio Mermaidens' new album 'Look Me In The Eye' - out September 6th - THIS FRIDAY!

The earliest sketches of Wellington trio​ Mermaidens​, follows the story arch of how most bands start; through long-term friendship and bonding over music that shaped their salad days. For Mermaidens, it was an eclectic melting pot of PJ Harvey, Warpaint and Fugazi to name a few.

Together, childhood friends ​Gussie Larkin​ (guitar/co-lead vocals), ​Lily West ​(bass/co-lead vocals) and ​Abe Hollingsworth​ (drums) form a powerful trinity of unwavering creativity and relentless work ethic. Their time together as Mermaidens has been a fruitful one; a timeline consisting of two critically acclaimed albums, being signed to iconic indie label Flying Nun Records​, and a wide range of live supports that include Sleater Kinney, Death Cab for Cutie, Lorde, Mac DeMarco and The Veils.

The internationally acclaimed​ ​Perfect Body​ (which drew a 2018 Taite Music Prize nomination) saw their circle of influence expand to a new, global audience. With its progressive and cinematic stylings on angular post-punk and grunge, Gold Flake Paint​ ​said the record “should prove to be one of the summer’s most brilliant long-players," while long-time music critic Graham Reid of Elsewhere confirmed it as “a real listening experience.” Clash Magazine praised the record for its “Noisy, scratchy, enigmatic songwriting.” But perhaps it was God Is In The TV that explained the commanding presence of the record best by saying “​I can quite believe that some of their tracks have mystical properties.”

Dancing in the lively afterglow of ​Perfect Body​, Mermaiden’s internationally acclaimed Flying Nun debut, a new flame burns. The Wellington-based trio now approach 2019 with an eagerly awaited follow up; enter the depths of their new album, ​Look Me In The Eye​. The 9 track record will be released worldwide by Flying Nun Records in early September.

Recorded at ​Blue Barn Studio​ in Wellington with long-time collaborator ​James Goldsmith​ (​Perfect Body,​ ​Undergrowth​), the trio’s new material was tracked in early 2018. The first musical remnants to jump from the band’s “new world” was the West-penned song ‘​You Maintain the Stain​’ and ‘​Cut It Open​’ (B-side), released as a limited edition split single 7” in April. Both tracks set the scene for the thematic direction of the third record, as the group looks at the long-crumbled patriarchal systems upheld by the wrong people, with all of the power and the gender-based power structures and deep-seeded micro aggressions.

At the heart of the record lies the thematic exploration of female voices, as co-lead vocalists Larkin and West, with dynamic support from Hollingsworth, expose embedded motifs of exterior masks, human relationships and power dynamics with unflinching fervour. The voices and perspectives of both frontwomen give shape to the record with equal footing, creating a dialogue around​ female collaboration and friendship in an ode to mana wāhine toa.
Opening track ‘​Crying In The Office​’ sees the trio launch into a percussive groove led by Hollingsworth that digs its heels into shifting time signatures and unpredictable chordal progressions - the quintessential ride through Mermaidens’ signature sonic sledgehammer. Listeners are sucked into a fizzing synth vacuum on ‘​Sleeptalker​’ before being confronted with a pervasive wall of sounds and dissonance.

Riding electric guitar and bass loops in ‘​Millenia​’, Mermaidens disguise confronting abstractions on modern-day connection and communication in a deceptively upbeat track. ​“I wanted us to e​xplore the mess of feelings I have around this twisted intersection of social media, identity, privacy, and warped sense of reality,” co-frontwoman West explains. “The hole of hunger that a social feed leaves in your mind; you should be a better version of yourself, you should be younger and more successful, busier, and you should share all this so everyone knows.” Mermaidens dismantle the idea of ‘exterior masks’ created to exist online, calling falsehood by its name in the chilling line “hallucinations rule your world.”

West and Larkin come together in call and response on ‘​The Cut​’, presenting a conversation between two female voices on what West describes as “an imagining of a time when I can walk down a dark street, late at night, and not have to look around to make sure I’m safe.” Chorus voices sing in harmony atop soaring dissonance, in a juxtaposition made all the more real with the lyrics: ​My neck is sore / been looking over my shoulder / but the habit heals / a magic feeling takes over / does my power scare you senseless?

On the weathered seventh track ‘​Bastards​’, West’s commanding voice is sunken, riding over the landscape like a dark, heavy lenticular cloud. Every word comes out as heavy as a stone (“I’ve got bruises”).

‘​Best to Hate The Man​’ is Mermaidens’ waltz into melancholy. Very little to do with hate, and much more to do with the uniting of women as allies instead of enemies, ‘Best to Hate

The Man’ closes with the lively chatter of Mermaidens’ girl gang choir; a window into the magic of female friendship.
This is Mermaidens louder, more crushing and propulsive than ever. They are in their element, and at their most raw and confronting.