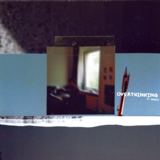 Berlin via London artist Bearcubs has today announced the release of his new album and follow up to his critically acclaimed debut 'Ultraviolet'. The forthcoming LP 'Early Hours' will be released on 15th May, via Independently Popular, and will feature the brand new single 'Overthinking'. A nuanced and soothing RnB-infused collaboration with fellow Berlin resident Narou, the single is a return to form for the emotive electronic musician.

A meticulously skilful producer, with a sound underpinned by warm textured synths, soulful feather-light vocals and addictive sound design elements, Bearcubs (real name Jack Ritchie) has created his own fiercely independent path. The release of 'Ultraviolet' in 2018 cemented him as a versatile producer and innovative songwriter and earned him recognition from the likes of FADER, NPR, VICE, Complex and Mixmag.

After a much-anticipated relocation to Berlin last year, Bearcubs discovered new energy for creating music. As the stars aligned in his personal and creative world, he was offered the opportunity to score the debut feature-length film 'Relativity' by emerging director Mariko Minoguchi, premiered at the Munich International Film Festival and nominated at the BFI London Film Festival. After this and time spent absorbing his new surroundings and the slower pace of the city, his newfound perspective culminated with the birth of his second album 'Early Hours', a varied and entrancing journey of his time spent in London at the beginning of his musical career.

In Jack's words, "'Early Hours' is a tangled daydream of different experiences, living in London working in a pub whilst trying to write music, transient relationships, friendships lost and gained again, loneliness in the city, the hazy euphoria of partying and being up till the early hours with your friends around you, thoughts of the real world out of mind."

Musically the album transitions from slow-burning RnB moments to joyful, club-ready tracks, showcasing Bearcubs' ability to move across the spectrum of genres whilst maintaining the intricacies of his early productions. Inevitably varied as is his musical past, be it spending his teenage years in punk and hardcore bands or playing with a 10-piece hip hop band, 'Early Hours' is a testament to his willingness to defy genres.

Bearcubs will be playing shows across the UK & Europe to support the album later this year, reaching cities including Paris, Berlin, Amsterdam and London. Full date listings as follows: