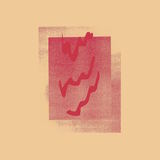 'Routines' will be released on May 5th via Fat Possum and to coincide with the announcement, Hoops share the record’s first single “Rules” (impact date: 24th March).

Shortly to embark on a tour across the US, Hoops will then make stops at SXSW, Sasquatch, Shaky Knees Festival, Noise Pop Festival and Savannah Stopover, before heading to the UK in May.

Hoops was born in frontman Drew Auscherman’s teenage bedroom as a solo ambient and beat-driven project à la Oneohtrix Point Never’s Replica. Auscherman named the band after the hoop houses at the nursery where he worked (not for his home state’s mania for basketball). Eventually, he corralled a few of his friends to flesh out his songs, and the music inevitably shifted toward something new: more melodic, more guitar-driven, more extroverted. Fast forward to 2014, Hoops became a fully formed quartet. Since then, Hoops have released three cassette tapes and last year’s self-titled debut EP, which earned them praise from the likes of The FADER, Stereogum, Gorilla vs. Bear, NME, and a track that hit #2 on Spotify’s Global and U.S. Viral Charts, plus vast support across Apple Music.

The Indiana band craft hyper-melodic songs, built around power-pop chords, deceptively complex drum patterns, and rock-anthem sentiments that hide some tellingly dark thoughts. Three of the four members write and sing, each a frontman and a sideman simultaneously. During a live show, the bandmates can be seen frequently swapping instruments and positions on stage. The setup isn’t democratic so much as it is simply adaptable and committed: doing what the song demands, getting the sound just right.