TUNE SPARKLING - We Don't Want It 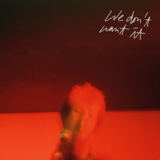 SPARKLING's new single "We Don’t Want It” sets against everything that dominates our world in destructive order and ruins it. Away with conservative ideas and gridlocked structures that don’t benefit society but only exist to keep themselves alive! Let us finally tear apart, give up and rethink old structures. We want to progress and make our world a better one with all the fantastic ways and means we have.

It is a clear statement against hidebound ideas and a call to get rid of them with full force. “(In German:) You want everything to stay the same? To ever stay the same? We go back in time ... We Don’t Want It!”

We're in the middle of the 2010s. In London, three guys are living in a single bedroom flat for £800. For all mainland Europeans £800 means €1000, pre-Brexit. In London terms that roughly translates into a total of 12m. Ouch!

This is not the start of a rant on the housing market in
European capitals. No, this is the story of Sparkling.
Actually, this story begins somewhere else. Somewhere in Cologne, Germany in fact. Brothers Leon and Levin Krasel start playing music together at an early age, later joined by Luca Schüten on Bass.

Soon they are playing gigs at larger local venues and festivals. Their highly concentrated blend of hypnotic drum beats and multi-layered pop song-writing clearly stands out amongst the complacent mediocrity of local boybands. Like a beacon of light shining through the darkness. Electrified post-punk with guitar between elegant and breathless.

Songs like these are made to transcend their local environment, metaphorically as well as literally. In taking the next step, Sparkling achieve just that what many bands strive for in vain. They go beyond the local scene. Leaving Cologne they head for... London? Arguably not the most obvious choice but Sparkling might disagree.

Almost apologetically they explain Berlin is about as close to Cologne as Paris or London. So around 2014 Sparkling set out to organise a trip to England and a show in the capital of pop. Already great postcard material but little did they know what was about to happen.

Some local promoters were in attendance at one of their concerts. Equally fascinated by Sparkling, they turned a one-off show into a dozen. What started out as a two week trip to England became an ongoing journey, continuing even today.

Shows in Paris, as well as others in France also came up through word of mouth. This new development encourages the band to feature French in their songs, expanding their bilingual tendencies. Sparkling are no product of a regional scene. This is the preeminent blueprint of a truly European band. Witness what it really means to be part of an open Europe, at a concert or listening to a record.

As of now all of this can be heard on their first full-length album. An EP produced by Moses Schneider, as well as songs and clips existed previously but 2019 will see their most ambitious venture. The debut album of a matured, extremely tight band awaits. Produced in equal parts in Düsseldorf and London with Andy Ramsay from Stereolab.

'I Want To See Everything'... how unabashedly sincere such an album title can be. Sparkling are not stuck mid-pose, they want to carry their energetic music out into the world.
Their multilingual album enables the three boys from Cologne to do exactly that. In the universal language of pop, it transcends featured languages German, English and French. Songs like "Champagne" or "The Same Again" for example, offer much to explore and discover - without losing a sense of belonging, starting from the very first listening. This is rarely heard in pop music, usually, it’s one or the other.

Without a doubt, their sound represents the great global promise of pop like no other act has managed to do for a long time - especially not from Germany.
If you are after sweaty euphoria, this is your promised land. This album comes at the perfect time.