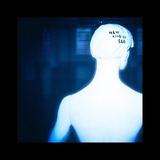 Today, The Ninth Wave release ‘New Kind Of Ego’, the first single to be taken from their forthcoming EP ‘Never Crave Attention’, released April 20th on Distiller Records. The band have also announced their first UK headline tour for May, including London’s Shacklewell Arms on May 16th.

Produced by Dan Austin (Massive Attack, Sløtface) at The Distillery, ‘New Kind Of Ego’ is an intrinsically ’80s post-punk explosion, led by a power pop melody into an electrifying hook reminiscent of The Cure, Interpol, Talking Heads and Arcade Fire. Led by frontman Haydn Park, the four-piece exhibit a flair for audacious songwriting to convey their malcontented musings, drawing on their own experiences on Glasgow’s scarce music scene and the decrepit state of society.

Speaking about the new single, Haydn says: “‘New Kind Of Ego’ is a dialogue between two people and their insecurities in each other, focusing on the reasons for this lack of trust.”

The Ninth Wave’s debut EP ‘Reformation’ was released late last year and has already garnered huge acclaim for the Scottish upstarts. Through their collaborations with radical fashion designer Charles Jeffrey and alt-rock trio Demob Happy, the band have displayed a ravenous hunger to push the envelope and create a unique, all-encompassing experience.

‘Never Crave Attention’ will be released on April 20th on Distiller Records, including the below tracks.

The Ninth Wave will play the below live dates in 2018, with more to be announced.