TUNE The Ninth Wave - Half Pure 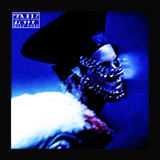 "Half Pure" is an exploration of the toxicity of living in a consumerist, superficial society and how overwhelming it can be. “This corrosion is common, or is that all in your head? And now you’ve misplaced your face, you’ll wear another one instead,” broods frontman Haydn Park-Patterson before launching into a colossal hook, armed with the band’s characteristically electrifying synths and heavy, addictive riffs. The track builds on The Ninth Wave’s already stellar catalogue of explosive, ’80s-infused power pop anthems, culminating in perhaps their strongest offering yet.

Speaking about the track, Haydn says: “‘Half Pure’ is our commentary on the fake and shallow aspects of our society that we all encounter and partake in. It’s a lament about the frustration of existing inside our plastic WW3.”

‘Half Pure’ is The Ninth Wave’s first release off the back of a game-changing 2018, which saw them garner support from the likes of The Guardian and NME and sell out a homecoming headline show at the 600-capacity Saint Luke’s, Glasgow.

The Glaswegian four-piece are currently gearing up to tour the UK with whenyoung, ahead of a support slot for CHVRCHES at the SSE Hydro Arena, Glasgow and an appearance at SXSW. Aside from their audacious sound, the band have turned heads with their immersive live shows and striking visuals, capturing the attention of Hedi Slimane and Charles Jeffrey, to name a few.