TUNE The Golden Age of TV - Me, You and a Dog 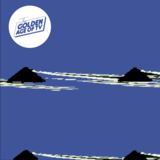 Leeds art-rock quintet The Golden Age of TV release explosive, abrupt new single ‘Me, You And A Dog’ on February 6th ahead of their debut self-titled EP, dropping March 13th.

Opening solely with Bea Fletcher’s impressive vocals delivering the chorus hook, before the gritty, analogue instrumentation comes crashing in, there’s no time to be left wondering. The immediacy is compelling; it’s a call to arms from the five-piece, a command to involve yourself in their rapturous world.
Sonically, there’s a call back to intelligent turn-of-the-2010s indie – The Maccabees, Bombay Bicycle Club, The Cribs - whilst occupying the same space as fellow acts re-invigorating hooky, joie de vivre lead guitar music in Orchards, The Big Moon, Sports Team.


Bea has a penchant for lyrically nailing relatable themes, with tongue loosely in cheeky – and ‘Me, You And A Dog’ following the titles lead in its exploration of the way we navigate taking our romantic relationships to the next level. As she puts it:
'It's a playful love song about wanting to take a big step in a relationship. Though, y'know, staying pretty casual about it - hence the lyrics at the end 'if you want to do nothing, that's alright too'. Getting a dog on your own is a big commitment, but doing it with a partner is a nice way of saying you wanna hang out with them for another 10+ years.'

Over just a few releases the band have managed to impress cultural gatekeepers, and steadily build a following. Huw Stephens at BBC Radio 1 is a fan, to go alongside support from 6 Music, BBC Introducing and Amazing Radio. Press wise takes from DIY, The Line of Best Fit and Clash, have positioned them as indie risers to watch, with the buzzy blogosphere also propelling them to attention.

The live side too has seen exciting opportunities for the group. Support slots with Another Sky, CHAI and Marsicans bringing them to a wider audience, as well as performances at Reading and Leeds, Live at Leeds and Liverpool Sound City festivals.
‘Me, You And A Dog’ was produced at Greenmount studios by Lee Smith and Jamie Lockhart (The Cribs, Easy Life,
Pulled Apart By Horses), and is out on February 6